In 1922 white miners took up arms against the mine owners who were backed by the government of General Jan Smuts.

It was a far more serious revolt than any of the clashes that shook South Africa in the 1970’s or 1980’s.

Tanks were sent onto the streets of Johannesburg and the nearby suburbs. 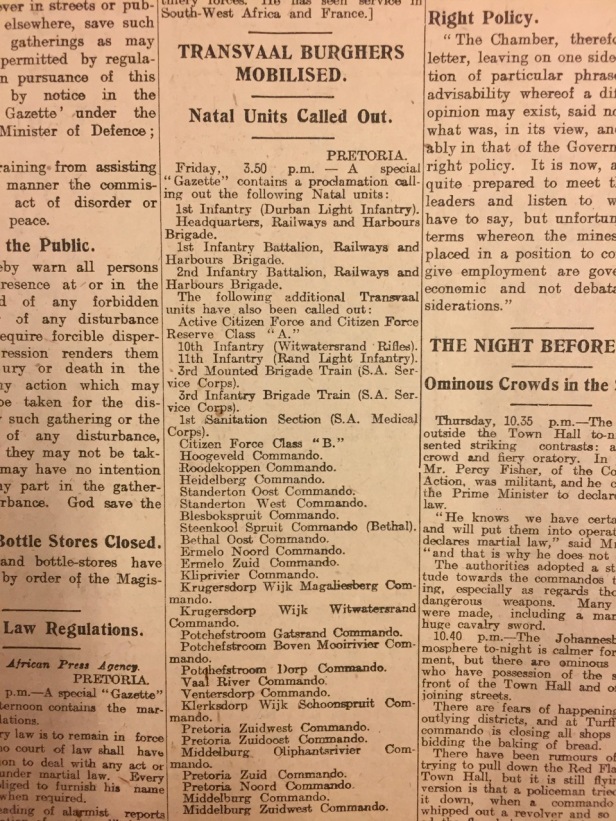 Troops were called up from across South Africa. 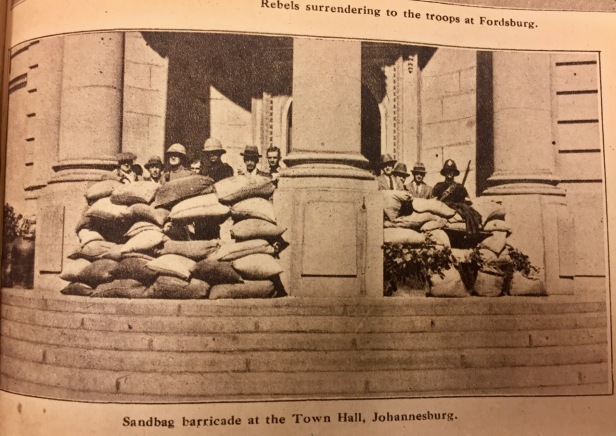 The striking miners dug in – holding out behind sandbags. And they hit back, managing to bring down some of the aircraft that were bombing them.

In the end, however, the government, army and the mine-owners won.

Some 15,000 troops were mobilised.  The miners were attacked with artillery and bombed from the air.

The revolt was broken, with hundreds killed and many more wounded. Some of the leaders of the revolt were executed and went to the gallows singing the Socialist anthem: The Red Flag.

The issue the white miners were fighting for? They were attempting to retain control over the skilled work on the mines – to prevent the mine owners from bringing in black workers on lower wages.

The slogan of the miners at this rally was “Workers of the World Unite and Fight for a White South Africa.”

They lost, despite the support of the South African Labour Party and the backing of the newly formed Communist party.

“The Red Flab commandos of the Rand are a real contribution to working class weapons,” declared a leader in the Communist party paper, International. “We salute you Red Guards of the Rand!”

In the end the miners had their revenge: they voted the Smuts government out in 1924, bringing in a government led by the hard line Hertzog and the Labour party.

The new Pact government introduced laws that protected the white miners, ensuring that the colour bar on the mines were entrenched in law.