This statement is being distributed by the Ethiopian embassy

As the impact of El-Nino is expected to persist into 2016, efforts to mitigate the drought intensify 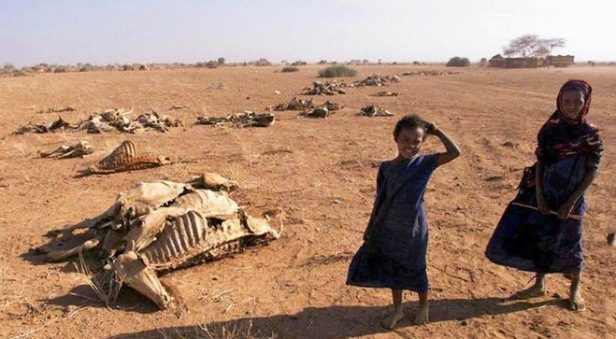 The failed spring rains in Ethiopia last year caused significant impacts for planting and livestock production across the country and inevitably increased food insecurity and malnutrition in some parts of the country. This was rapidly followed by the arrival of the on-going El Niño weather phenomenon in June that affected the rainfall pattern of the summer rains that normally provide much of the country’s agriculture harvest and its potable water. The combination resulted in the onset of efforts of mitigating the drought. Currently it is estimated that close to 8.2 million people are in need of food aid as a result of these conditions. It was in response to such El-Nino-induced drought that the Government, recognizing the increased needs, initiated extensive internal response as well as calling for international assistance, and for this to continue well into 2016.

The Government is making every effort to mitigate the effect of the El Nino phenomenon and is continuing to do everything possible to make sure people are protected from the worst effects of this environment-related crisis. In addition to the continuous provision of both food aid, including special supplements for the malnourished, and water to affected areas, the Government has issued international tenders to purchase nearly a million tons of wheat to ensure food supplies will continue to be available. Further tenders will be issued as necessary. It has also called for international assistance for helping those currently in need of food aid. The Government has been working intensively to minimize the impact of the drought and remains determined and committed to ensure that there will be no loss of life from the drought.

The December monthly report of the Famine Early Warning Systems Network makes it clear that the ongoing El Niño, following from the already existing drought, led to below average Meher harvests in most eastern cropping areas. It has also contributed to massive livestock deaths, poor livestock body condition and very low livestock production in Afar and northern parts of Somali Region.

The report concluded that the most acutely affected areas were Southern Afar and Sitti Zone in Somali Region and the agricultural lowlands of East and West Hararghe Zones in Oromia. The result is that “between January and March 2016, large populations in the east of the   country will experience very significant food consumption gaps.” The report also notes that larger areas of Tigray, Amhara, Afar, Oromia, Somali and the SNNPR will remain in difficulty through at least March 2016 and emergency food assistance will be required to protect household food consumption.

Meanwhile, the Famine Early Warning Systems Network (FEWS) of the World Food Program issued a country report in December underlining the extent and severity of the 2015 drought in Ethiopia. The report noted that assessment of historical rainfall data indicated that central and eastern Ethiopia had experienced the worst drought in more than 50 years. As a result, it says, the food security emergency is expected to persist through much of 2016. The report presented a series of maps that illustrated the extent and severity of the drought as well as its impact on water availability, crop and rangeland conditions, and food security.

Overall, the Meher harvest production was well below average with up to 75% losses in the worst affected lowland areas. By contrast, most of the west of the country has seen average agricultural production in 2015, and, as rainfall performance has been much better across much of the west and south west, near normal harvests are expected for the current season. The report notes that the cumulative amount of rainfall in November and December was above average in most parts of the Southern Nations, Nationalities and Peoples’ Region, and although some of this was unseasonable for some areas, it also favored planting of some crops. Harvesting of some late-planted crops is expected to continue in January in the SNNPR though most of the Meher crops have been harvested.

The Afar Pastoral and Agricultural Development Bureau says there have already been livestock deaths in the Afar Regional State. The report notes livestock feed interventions are ongoing in the worst affected woredas in Afar and northern Somali, as well as water trucking operations. Livestock prices showed a decline due to the increase in number of livestock sold in parts of drought-affected areas. However, the report also noted that, despite erratic distribution and longer dry spells between rainy days, the cumulative rainfall amount for October to December, for the Dyer/Hagaya rains, was normal in most southern and southeastern pastoral areas, and this had improved water and pasture availability, with an improvement in livestock body conditions and productivity.

Inevitably, prices for most food commodities in eastern areas are higher than in the same period last year, but following the required intervention, nutritional conditions in October showed a slight improvement compared to September in most parts of Amhara, Oromia and SNNPR. The number of malnourished children admitted to the Therapeutic Feeding Program in the SNNPR in October, for example, fell by 27% from the previous month, and the figure for East Hararghe showed a fall of 41%.

The report includes projections for the next three months, noting that the below average agricultural production agricultural areas of Eastern Amhara, Tigray, Central and Eastern Oromia, and the Rift valley areas of SNNPR will continue to limit household food availability as well as restrict livestock sales and agricultural work opportunities, limiting incomes and capacity to purchase. This means households in these areas will need assistance to meet minimal basic food needs through at least March 2016. The lowlands of East and West Hararghe Zones have been particularly badly hit, as have the pastoral areas of Afar and Sitti (Shinile) Zone of the northern Somali Region. Cereal prices are likely to rise in January due to low production in some of the eastern parts of the country and the possibilities for work income is likely to remain very low during the dry season and until March.

The situation in southern and southeastern pastoral areas (southern Somali region, southern Oromia and the lowlands in South Omo Zone in the SNNPR) are slightly better following some flooding in October in specific areas. Areas that experienced less flooding had good seasonal rainfall for the last three consecutive seasons, contributing to good crop and livestock production. In addition, most of the west of the country saw average agricultural production in 2015, and in the higher lands of the SNNPR, in Western Tigray, Amhara, Oromia and much of Benishangul Gumuz and Gambella, the harvest obtained from the Meher season is likely to meet the food consumption requirements of most households through March 2016.