There are few really lasting alliances in politics, but the relationship between the African National Congress and the South African Communist Party has stood the test of time.

It held together even after the union movement, COSATU, questioned its relationship with the ANC, calling for President Zuma to resign. It held together despite the growing evidence of corruption at the highest levels of government.

But now the relationship which was forged in the dark days of the 1950’s when both the ANC and Communists fought the Apartheid government appears to be at an end. The Communists have announced that they will contest elections independently – meaning the party will have to stand candidates against the ANC.

I hope to have a fuller analysis tomorrow. 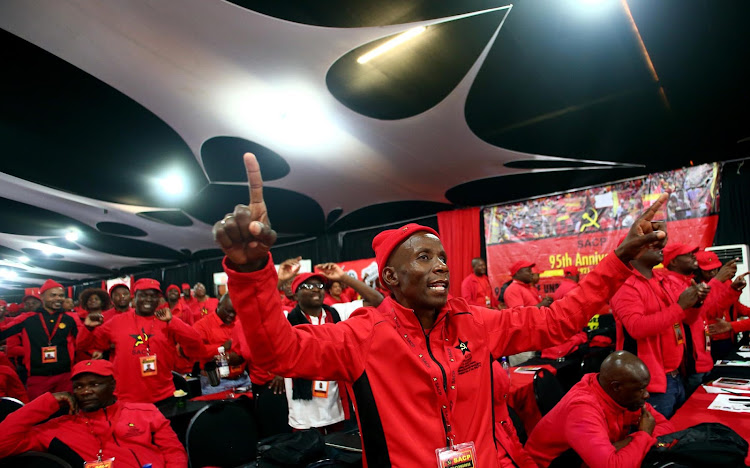 The SA Communist Party will contest elections on its own.

The party on Saturday reaffirmed a 2007 congress decision to contest for state power‚ with its 1‚819 delegates successfully pushing for the move.

The party’s augmented central committee will draw up a roadmap to determine how the SACP will prepare to contest elections.

However‚ the party will not immediately break away from the ANC or the tripartite alliance.

It will argue for a reconfigured alliance – that all members of the alliance be treated equally and make governance decisions together.

In its declaration‚ the party said it “remains committed to strengthening and consolidating our ANC alliance”‚ adding that “this will require a significantly reconfigured alliance”.

The SACP‚ however‚ expressed doubts about the ANC’s ability to undertake a process of renewal.

General secretary Blade Nzimande said the ANC-led alliance currently was dysfunctional and would have to be reformed.

“The alliance mode of operation is incapable of holding the alliance together. We want to engage as equals‚ not as an extension of any of our allied forces‚” he said.