In Britain the Stop the War coalition is a left wing group established on 21 September 2001 after the attack on the twin towers in the USA. It was chaired by a member of the Socialist Workers Party. They resisted the invasion of Iraq (2003) and then went on to attempt to halt other western military intervention across the world.

But the movement has far older roots. The first Stop the War movement was designed to halt the Anglo-Boer war (1899 – 1902). A kind friend has just given me a leaflet from that original campaign. 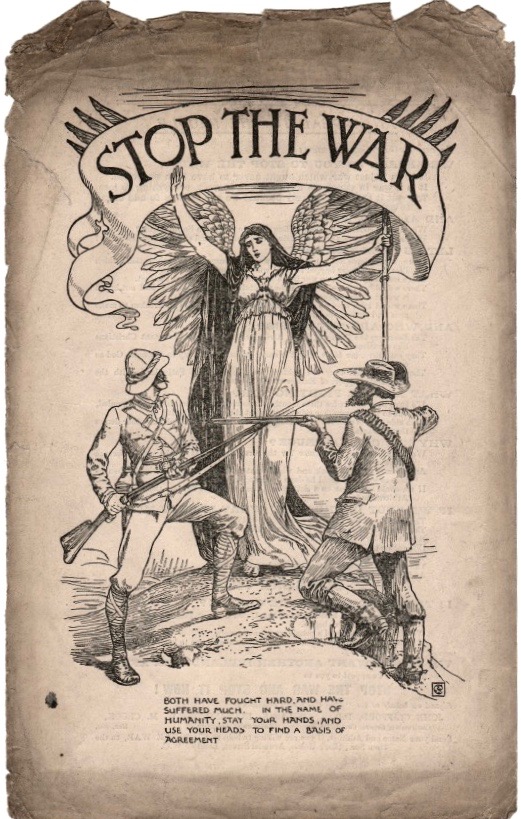 This is what Wikipedia says about the movement:

The Stop the War Committee was an anti-war organisation that opposed the Second Boer War. It was formed by William Thomas Stead in 1899.[1] Its president was John Clifford[2] and prominent members included Lloyd George and Keir Hardie. The group was generally seen as pro-Boer.[3]

Against the background of political campaigning for the khaki election of 1900, Stop-The-War distributed millions of posters, cartoons and broadsheets, handing out leaflets to commuters on trains.[3]

It looks as if the leaflet I was given was among those handed out to the commuters or at meetings. This was written on its rear. 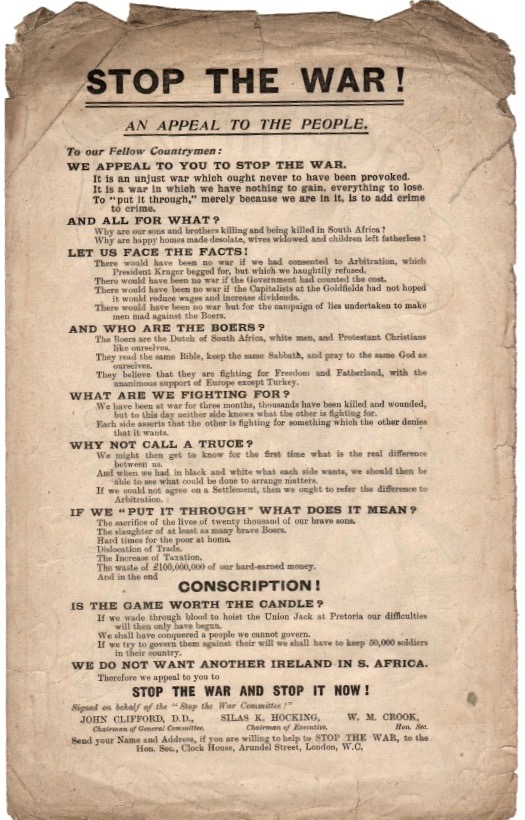 Certainly those who supported this movement paid a heavy price. Keir Hardie, the first leader of the Labour Party, was denounced as a traitor and lost the 1900 ‘khaki’ election as a result.