by Luke Harding and Jason Burke

Russia is seeking to bolster its presence in at least 13 countries across Africa by building relations with existing rulers, striking military deals, and grooming a new generation of “leaders” and undercover “agents”, leaked documents reveal.

The mission to increase Russian influence on the continent is being led by Yevgeny Prigozhin, a businessman based in St Petersburg who is a close ally of the Russian president, Vladimir Putin. One aim is to “strong-arm” the US and the former colonial powers the UK and France out of the region. Another is to see off “pro-western” uprisings, the documents say.

In 2018 the US special counsel Robert Mueller indicted Prigozhin, who is known as “Putin’s chef” because of his Kremlin catering contracts. According to Mueller, his troll factory ran an extensive social media campaign in 2016 to help elect Donald Trump. The Wagner group – a private military contractor linked to Prigozhin – has supplied mercenaries to fight in Ukraine and Syria.

The documents show the scale of Prigozhin-linked recent operations in Africa, and Moscow’s ambition to turn the region into a strategic hub. Multiple firms linked to the oligarch, including Wagner, are known by employees as the “Company”. Its activities are coordinated with senior officials inside Russia’s foreign and defence ministries, the documents suggest.

Putin showed little interest in Africa in the 2000s. But western sanctions imposed in 2014 over the annexation of Crimea have driven Moscow to seek new geopolitical friends and business opportunities.

Russia has a military presence and peacekeeping mission in Central African Republic. CAR is described as “strategically important” and a “buffer zone between the Muslim north and Christian south”.

It allows Moscow to expand “across the continent”, and Russian companies to strike lucrative mineral deals, the documents say.

On 24 May the Kremlin announced it was dispatching a team of army specialists to the neighbouring Democratic Republic of the Congo. According to Dmitry Peskov, Putin’s press spokesman, they will service Russian-made military equipment. So far Moscow has signed military cooperation deals with about 20 African states.

Five days later the Kremlin said it would host the first ever Russia-Africa summit in October in the Black Sea resort of Sochi. Putin and Egypt’s president, Abdel Fatah al-Sisi, will chair the event. About 50 African leaders are due to attend. The aim is to foster political, economic and cultural cooperation.

The leaked documents were obtained by the Dossier Center, an investigative unit based in London. The centre is funded by Mikhail Khodorkovsky, the Russian businessman and exiled Kremlin critic.

Prigozhin has been approached for comment. He has previously denied any links to the troll factory and has said of Wagner that it does not exist. Putin has previously said that entities linked to Prigozhin do not constitute the Russian state.

A map from December 2018 seen by the Guardian shows the level of cooperation between the “Company” and African governments, country by country. Symbols indicate military, political and economic ties, police training, media and humanitarian projects, and “rivalry with France”. Five is the highest level; one is the lowest.

The closest relations are with CAR, Sudan and Madagascar – all put at five. Libya, Zimbabwe and South Africa are listed as four, according to the map, with South Sudan at three, and DRC, Chad and Zambia at two.

Other documents cite Uganda, Equatorial Guinea and Mali as “countries where we plan to work”. Libya and Ethiopia are flagged as nations “where cooperation is possible”. The Kremlin has recently stepped up its ground operation in Libya. Last November the Libyan commander Khalifa Haftar travelled to Moscow and met the defence minister, Sergei Shoigu. Prigozhin was spotted at the talks. Egypt is described as “traditionally supportive”.

The graphic gives an overview of “Company” activities and achievements. It claims credit in CAR for getting of rid of politicians who are “orientated to France”, including national assembly representatives and the foreign minister. This appears to be Charles-Armel Doubane, sacked in December. It has “strengthened” the army and set up newspapers and a radio station. Russia is an “83% friend”, it says.

Another key territory is Sudan. Last year Russian specialists drew up a programme of political and economic reform, designed to keep President Omar al-Bashir in power. It included a plan to smear anti-government protesters, apparently copy-pasted from tactics used at home against the anti-Putin opposition. (One memo mistakenly says “Russia” instead of “Sudan”.)

One ploy was to use fake news and videos to portray demonstrators in Khartoum and other Sudanese cities as “anti-Islam”, “pro-Israel” and “pro-LGBT”. The government was told to increase the price of newsprint – to make it harder for critics to get their message out – and to discover “foreigners” at anti-government rallies.

In a leaked letter Prigozhin wrote to Bashir complaining that the president had not actually followed through on the advice. Prigozhin mentioned “lack of activity” by the Sudanese government and its “extremely cautious position”.

The military deposed Bashir in April in a coup. Last week Sudan’s Rapid Support Forces opened fire on pro-democracy protesters, killing over a hundred. The Russian advisers had urged Sudan’s military council to suppress the activists with “minimal but acceptable loss of life”, one former regime source told CNN.

Meanwhile, Moscow is keen to exploit a long-running territorial dispute in Comoros, the documents say. France directly controls one out of four of the Indian Ocean islands, Mayotte. In 2018 Prigozhin employees flew to Comoros via Belarus. Their objective was to test if “political technologies” might be used to inflame the row between Paris and the Comoros government.

Other suggestions in the documents include trans-African road and rail-building schemes. A railway could be built linking Dakar in Senegal with Port Sudan in Sudan, along the “old hajj [pilgrimage] route”. A separate 2,300-mile (3,700km) toll road was proposed connecting Port Sudan with Douala in Cameroon. Neither has so far happened.

A plan to revive “pan-African consciousness” appears closely modelled on the idea of Russkiy Mir, or Russian world. The concept has become fashionable under Putin and signifies Russian power and culture extended beyond current borders. 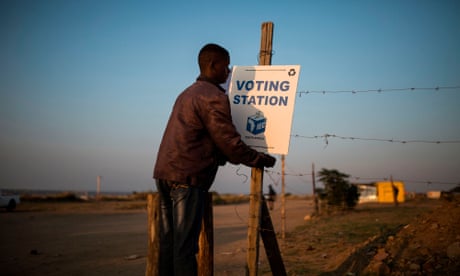 One working paper is titled “African world”. It calls for a developing “African self-identity”. It recommends collecting a database of Africans living in the US and Europe, which might be used to groom “future leaders” and “agents of influence”. The eventual goal is a “loyal chain of representatives across African territory”, the March 2018 paper says.

It is unclear how many Prigozhin initiatives have actually gone forward. There is evidence that media projects mentioned in the documents are now up and running – albeit with marginal impact. They include a website, Africa Daily Voice, with its HQ in Morocco, and a French-language news service, Afrique Panorama, based in Madagascar’s capital Antananarivo.