The pawn who became king: How has Salva Kiir stayed at the top so long?

Three strategies the perennially underestimated president has used to build and keep power across decades of South Sudan’s political tumult. 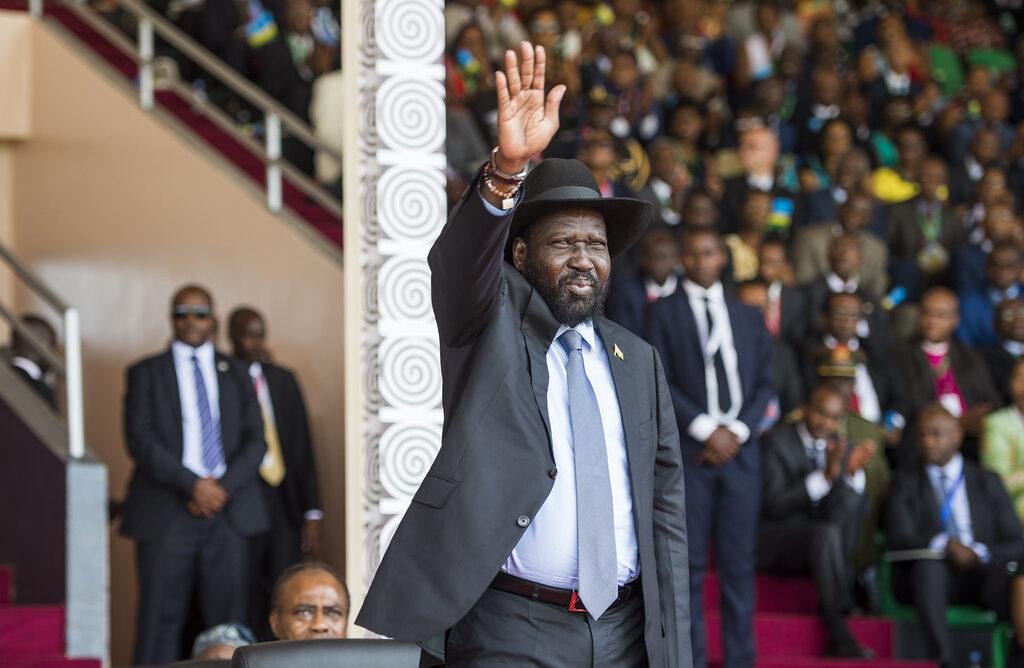 Salva Kiir Mayardit, President of the Republic of South Sudan, greeting the crowd during a ceremony in Rwanda. Credit: Paul Kagame.

When playing chess in the capital Juba, I’ve noticed that many young players make the same tongue in cheek justification when taking an opposing pawn. Käk aa keek ëbɛ̈n ya yï Kiir, they say, which is Dinka for: “This pawn could advance to become another Kiir”.

This throwaway comment reveals a lot about Salva Kiir, a man who has so often been underestimated yet has somehow risen to the top of South Sudan’s tumultuous politics and, even more impressively, stayed there despite countless threats and challenges.

How has he managed it? Here are three strategies President Kiir has employed over the decades to take and keep power.

Hide your strengths, reveal your weaknesses

Kiir, now 70, has long been underestimated for variety of reasons. He has a limited educational background. He is not particularly charismatic. And he is not known for having any particular ideological convictions or grand ideas. He has been easy to disregard or dismiss as a realistic political leader.

Yet rather than hiding or overcoming these perceived weaknesses, Kiir has allowed them to persist. During the 1983-2005 Sudanese Civil War, for instance, he showed little interest in rising up the ranks of the Sudan People’s Liberation Movement (SPLM). He instead emphasised his loyalty to commander-in-chief John Garang.

Being seen as unlikely to either threaten or outshine his leader put him in good stead. A decade into the war, Kiir had gradually been promoted from the SPLM’s fourth most senior official to its second in command. In the same period, several of his more overtly impressive and ambitious colleagues had been side-lined or killed in battle. When the war came to an end, Garang was sworn in a Vice-President of Sudan as part of the peace accord. When the visionary leader died in a helicopter crash on 30 July 2005, the SPLM Leadership Council appointed Kiir in his place.

Ever since, Kiir has been at the top of the political hierarchy, becoming president of South Sudan after it gained independence in 2011. In this time, he has not changed his strategy of giving his rivals reasons to underestimate him. He still allows his apparent weaknesses to be seen and highlighted. He has only occasionally let the mask slip, such as at a rally in 2013, soon after he had fired his entire cabinet, when Kiir revealed that he sees himself as a tiger who hides his claws.

Garang is a revered figure, but to any observer who can detach their emotions from his reputation, it is clear that the late leader left behind a largely thuggish and corrupt autocratic system within the SPLM. When Kiir took over this legacy, he maintained and then expanded the movement’s criminalisation to the wider state. He used vast oil revenues to lubricate the wheel of patronage, distributing resources to allies without asking questions.

At first, Kiir saw this as the price for achieving independence. As part of the 2005 peace accord, a referendum on secession was to be held in 2011. However, there were fears that Khartoum would encourage its allied southern militias to undermine the exercise. To avoid this, Kiir offered to integrate many of those fighters into the SPLM in 2006 and created 17 more major general positions, on top of the existing 15. Kiir also turned a blind eye to corruption in government to avoid disunity ahead of the vote. Despite admitting to a governor in 2010 that some of his colleagues were engaging in graft, he waited until 2012 – a year after 99% voted yes in the referendum and South Sudan became independent – to go public with a list of 75 corrupt officials.

Since then, Kiir’s patronage has been more about political survival. He has rewarded those who express loyalty with opportunities and government contracts, while denying them to his opponents. In his 11 years as president, Kiir has faced numerous threats from within, yet he has managed to either isolate or reconcile with nearly all his challengers. Almost every significant political leader from his Dinka ethnic group who has opposed him has later returned to Juba to serve him. The key exception to this is his influential former Chief of General Staff, Paul Malong, who Kiir instead rendered powerless through isolation as he persuaded even some of Malong’s family members and close aides to return to his fold.

More recently, Kiir has faced growing criticism. In February 2021, five members of the Jieng Council of Elders blamed the failures in South Sudan on President Kiir and his deputy, Riek Machar, and called for their exit from politics. In March 2021, various SPLM leaders – such as the former defence minister Gen. Kuol Manyang and Gen. Daniel Awet – echoed the sentiment that all political leaders (including themselves) had failed the country. And in August 2021, the People’s Coalition for Civil Action circulated a call for civil action to rescue the country from President Kiir and his followers.

Once again, however, Kiir has survived subsequent waves of anger through a combination of carrots – such as bribes of vehicles, appointments to government positions, opportunities to meet with the president, cash for medical treatment – and sticks to buy the silence of agitators and buy more time for himself.

Forget your friends, but not your enemies

In the late-1960s, the teenage Kiir joined a southern separatist rebel group and entered the First Sudanese Civil War (1955-1972). He became a first lieutenant and, when the war ended in 1972, he was integrated into the Sudanese army. In this process, however, he was relegated to a sergeant. Kiir never forgot this demotion, nor the officers who made the decision, some of whom later became his juniors.

Kiir’s sharp memory ensures that he never forgets his enemies, and he purges those who show disloyalty. Just as importantly, he is quick to forget his friends and rotates his allies before they amass too much power. He is unsentimental and pragmatic about those he keeps close and later discards, whether he is dealing with his former confidante Telar Deng, the once influential Malong, or his current closest associate Tut Gatluak, a former ally of Sudan’s Omar al-Bashir.

Ahead of South Sudan’s elections scheduled for early 2023, Kiir has already expressed readiness and worked out a potentially winning formula by rotating his friends. He is in the process of purchasing the loyalties of the two most influential generals previously allied with Vice-President Riek Machar. One of these, Simon Gatwech, commands considerable support among the most significant Lou Nuer. The other, Johnson Olony, is influential among the Shilluk’s youth. David Yau Yau, of the Greater Pibor Administrative Area, has also recently been seen in Kiir’s home state of Warrap in the company of the president’s aides. And Kiir has already secured the support of the Bul Nuer elites through his security advisor Tut Gatluak.

One thought on “South Sudan: The surprising survival of Salva Kiir”