Many thanks to the people who have contributed to clarifying what this image shows.

I have added a close-up of the men below, in case this helps identify them. 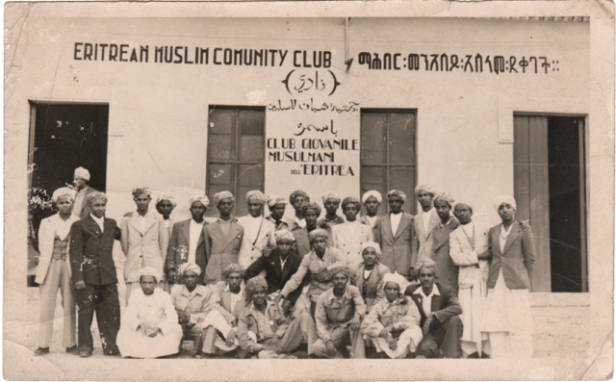 From all the replies I have had to my request for information it is clear that this is Asmara, not Cairo, as the vendor who sold this to me suggested.

Thanks to everyone who contacted me. The evidence indicates that:

There is apparently no record of an Eritrean Muslim Youth club in Cairo in this period (or even afterwards). What existed in Cairo was (still is) an Eritrean Students club.

If anyone can identify these men more clearly, please let me know. Anyone who wishes to re-publish this photograph is welcome to do so, but I would be grateful if they would acknowledge that it is mine. 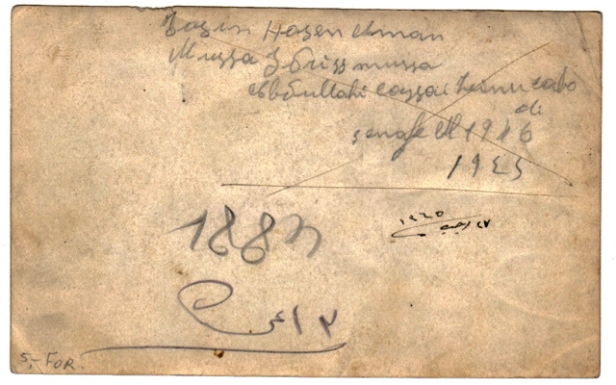