The election result was terrible.

Labour suffered its worst defeat in generations – the last time it was this bad was in 1935.

But there is one bright spot: the Brexit party suffered a massive reversal. Once again Nigel Farage’s party didn’t win a single seat.

Here’s an insight into why this was the case in just one constituency  – the Welsh seat of Blaenau Gwent.

It’s not hard to see why the Brexit party did so badly. They had next to no supporters to mobilise their vote.

This was their method of campaigning – parking a van outside a supermarket. 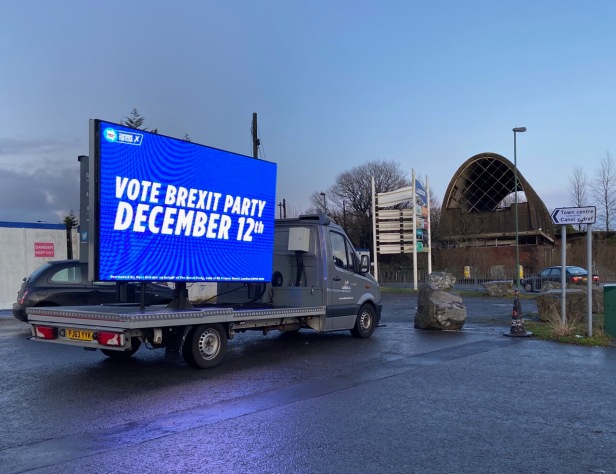 But even if they had few supporters, at least the Brexit Party had rich donors.

Surely they were well supplied with the leaflets, posters and boards that are the lifeblood of any campaign.

That is certainly true. But there’s one problem. Without party members, how do you get them to the public? And it is hard to recruit support when your candidate is a convicted former drug addit.

So here they are – on polling day – with the voters streaming to vote, and mountains of material piled up in their office: undelivered. 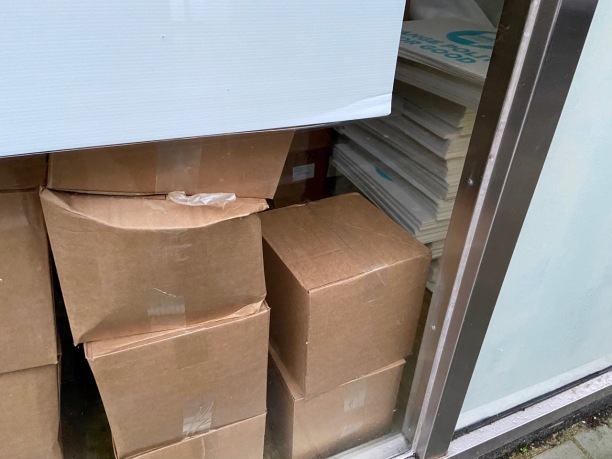 You don’t win elections without getting the material to the electorate!