Understanding Eritrea: Inside Africa’s Most Repressive State, by Martin Plaut

A study of the North African country lays bare a ruler at war with his own people, says Joanna Lewis 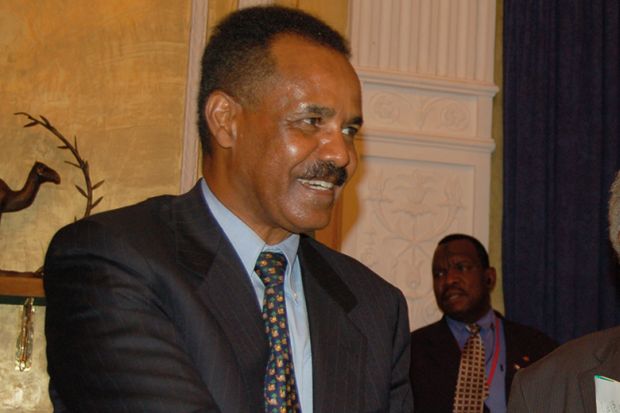 There have been no elections in Eritrea since 1993. Instead, as the above extract from Martin Plaut’s masterful account perfectly illustrates, this tiny state in North Africa is ruled by dictatorship. In 2015, a United Nations Commission of Inquiry concluded that Eritreans endure “systemic widespread and gross human rights violations” and “a total lack of the rule of law”.

“Eritrea was born a one party state”, as Plaut, an Institute of Commonwealth Studies scholar and former BBC World Service Africa editor, makes clear. After its independence from Ethiopia in 1993, the rot set in. Like many African nationalist movements forced to engage in military struggle to gain power, making the adjustment to civilian rule and accepting even a murmur of opposition or a flicker of criticism was just all too much. Eritrea’s long, bitter David and Goliath-like battle against Ethiopia marked its leadership with an especially strong sense of sacrifice and entitlement.

During the years of struggle, many outsiders saw the Eritrean People’s Liberation Front (EPLF) as a beacon of hope. I remember reading its upbeat pamphlets in the 1980s. It was committed to rejecting ethnic difference, promoting secular socialism and progressive attitudes to women. In 1993, women made up one-third of the EPLF fighters; rape was a capital offence.

How times change. Plaut’s extensive evidence shows how the regime’s repressive stance in power is a consequence of its ruler. Known simply as Isaias, Afewerki grew up in a poor district of Asmara. In the 1960s, he went to China. Schooled in Maoist ideology, he is, however, no fan of the personality cult. His official photograph may festoon shops and cafes, but he looks nice and normal. He prefers open-necked shirts, comfortable slacks and sandals. This is no mad, swivel-eyed Idi Amin-type figure, nor the psychotic school bully meets James Bond baddie look of Kim Jong-il; nor is there a sparse ginger ferret atop his head…

But make no mistake, the absence of journalists and a free press, and the emphatic presence of a network of prisons, detention centres and labour camps are the result of rule by an “austere and narcissistic dictator; thin-skinned and hot-headed”, according to a profile compiled by a recent US ambassador. He’s also vindictive. After independence, when demobilised soldiers complained that they’d not been paid for years, many were thrown into indefinite detention. So severe is the current repression that 5,000 Eritreans try to flee across the Sahel every month. Many risk their lives to escape military conscription, which for women can include sexual abuse. Isaias is still at war, but against his own people. Even the Eritrean diaspora cannot fully escape, bullied into paying an illicit 2 per cent tax to the regime, under the watchful eye of a network of spies and informants.

Plaut has put himself at some risk by writing this book. Mirjam van Reisen, a Dutch academic who criticised the regime, was physically threatened and abused on social media. The president’s so-called Youth Wing brought a lawsuit against her in the Netherlands, accusing her of libel and slander. The accusations were thrown out. Let’s hope that this regime and its cronies will be next.

Joanna Lewis is assistant professor of imperial and African history in the department of international history, London School of Economics, and author of Empire of Sentiment: David Livingstone and the Myth of Victorian Imperialism (in press).