I have received the following information:

“The Italian government has signed agreements to halt migrants and refugees with the leaders of the major tribes of South Libya: the Awlad Suleiman and the Tebu, in the presence of Tuareg leader and the Deputy Head of the Presidential Council of the UN-backed Government of National Accord (GNA) Abdel Salam Kajman. We know that these people control the human trafficking. Migrants will suffer now further expulsion and persecution.”

This report is explained in detail by the report below, from Sputnik News – formerly Voice of Russia – and not a reliable source, since it is part of President Putin’s “alternative news” network. But it is possible that on this occasion it is accurate.

The information for the Sputnik News report comes from the Italian newspaper, La Stampa, but unfortunately I do not read Italian. La Stampa produced the map below.

Readers of this blog will recall that Leonard Vincent and I wrote about how Europe was constructing its own “wall” to keep Africans out of the EU earlier this year.

This seems to be an extension of this policy.

Toubou and Awlad Suleiman ethnic groups living in the south of Libya agreed to sign a peace treaty as a result of secret 72-hour talks that ended on Friday evening and were mediated by Italian Interior Minister Marco Minniti, according to media reports.

ROME (Sputnik) — Representatives of tribes living in the south of Libya signed a peace agreement after hours of secret negotiations in the Italian Interior Ministry, media reported Sunday.According to La Stampa newspaper, Toubou and Awlad Suleiman ethnic groups agreed to sign a peace treaty as a result of secret 72-hour talks that ended on Friday evening and were mediated by Italian Interior Minister Marco Minniti. The meeting was attended by over 60 clan leaders, including the head of the largest Tuareg tribe in the Libyan region of Fezzan as well as Deputy Prime Minister Ahmed Omar Maiteeq of Libya’s UN-backed Government of National Accord (GNA).

In addition to the cessation of hostilities that had led to at least 500 people being killed in recent years, the Libyan tribes made commitments to combat illegal migration on the most vulnerable part of the route from Africa to Europe – in the south Libyan border.

“The Libyan border guard service will be active all along the 5,000 kilometers [3,106 miles] long south Libyan border. And in the north, migrant sea traffickers will be dealt with by the Libyan coast guard which was trained by Italian experts, and which will be equipped with 10 motor boats from April 30,” Minniti said, as quoted by La Stampa. 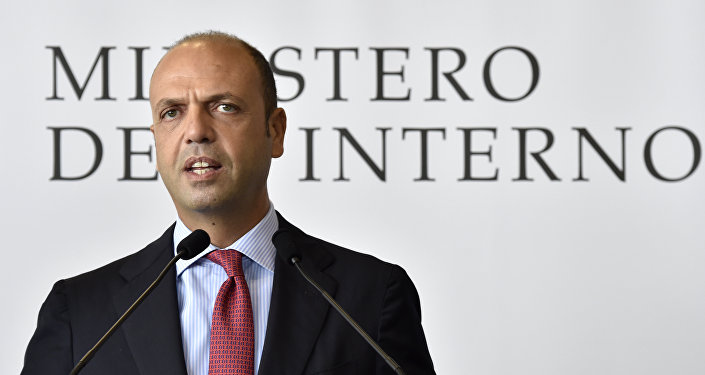 Minniti added that “to seal the southern Libyan border means to seal the southern border of Europe.”Italy has been steadily increasing its cooperation with North African countries to tackle the problem of illegal migration. On Friday, Italian Prime Minister Paolo Gentiloni and President of Niger Mahamadou Issoufou signed in Rome an agreement on Italy allocating 50 million euros ($53 million) in order to ensure the borders of Niger are duly controlled.

In early February, Italy signed a memorandum of intent in the sphere of combating illegal migration in Lybia with the GNA. The document provides the development of cooperation in the fight against human trafficking and smuggling, strengthening border control and preventing illegal crossing.