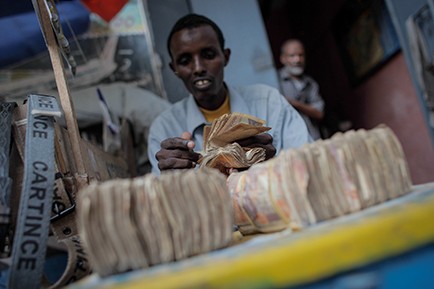 A lack of cooperation means that financial crime will continue to pose a growing threat in Africa.

Africa is reported to be more affected by financial crimethan any other continent.  Criminality in the financial sector is not new, but it appears to be rising rapidly in developing countries, and in Africa in particular. This does not bode well for the continent’s economic development.

Financial crime undermines gains in economic growth and has far-reaching repercussions on development and economic stability. Indeed, these crimes drive a fast-growing criminal economy, made up of some of the world’s most dangerous criminal groups and transnational syndicates.

While African states are among the most resource-rich countries in the world, their people are often among the poorest. In his book, The Looting Machine, author Tom Burgis looks for explanations not only among Africa’s political elites, but also the rapacious multinational companies whose deals are clad in corruption, secrecy and a lack of accountability.

The growth of financial crime has been fuelled by technological advancements in the financial industry. This can be traced back across a series of key moments in history: the shift from the gold standard to fiat currency in the 1930s, the introduction of the first credit card in 1950, and the advent of the Internet age from the 1980s.

The digital era is one of global interconnectivity, electronic banking, and crypto currencies like Bitcoin. This drive towards what is often referred to as the digital ‘cashless economy’ has increased the tendency for fraud, corruption and illicit financial flow.

These changes have brought about what financial crime expert, Marius-Cristian Frunza, calls a ‘revolution’ of new financial crimes. Contemporary financial crimes tend to be more complex and sophisticated. They are highly organised and rapidly adapt to changes in technology and the global financial system.

Even though financial crimes present a serious, cross-cutting and growing threat in Africa, they are also perhaps among the least understood. This became evident at two regional training workshops on financial crimes investigation. Hosted by ENACT in 2017, the workshops were attended by senior detectives and financial investigators from Southern, West and Central Africa.

There are significant disparities among African states in defining financial crime

Discussions made it clear that there are significant disparities among states and regions in Africa in terms of defining what constitutes financial crime. The way states approached and responded to these crimes was equally divergent, which highlighted gaps in the knowledge as well as the capacity of law enforcement agencies to effectively investigate and prosecute financial crimes.

Variations in how financial crimes tends are defined are conspicuous among the different legal systems in Africa – divided among anglophone, francophone and lusophone fault lines. As a result, there is very little cooperation among African countries on the investigation and prosecution of financial crimes.

This sustains impunity, as many financial crimes go underreported and unaccounted for – which seriously undermines the effectiveness of the criminal justice system in Africa. The continent is not only susceptible to such crimes, but also risks becoming a safe haven or a hub for criminals evading justice elsewhere, where more stringent regulative, monitoring and compliance regimes are in place.

A more effective approach should be based on a clear understanding of what constitutes these crimes. In the absence of a universally accepted definition, financial crimes are often described in broad terms, and seen to encompass various criminal conducts including fraud, illicit financial flows (IFFs), money laundering, counterfeiting, market abuse, bribery, corruption and tax evasion – to name a few. The definition used by the International Monetary Fund (IMF) also includes the sale of fictitious financial instruments or insurance policies, embezzlement of non-financial institutions and stock manipulation.

Many financial crimes go underreported and unaccounted for

Quantifying the cost of financial crime in Africa is therefore difficult and marred by a lack of consensus on what should be included in the list of offences. For example, in the area of corruption alone, the African Union estimatesthat 25% of the GDP of African states, or some US$148 billion, is lost to corruption every year.

Similarly, PricewaterhouseCoopers (PwC)reported that money laundering in 2016 cost between 2% and 5% of global GDP, or roughly US$1 to US$2 trillion annually, leaving Africa the most affected. In the same light, a recent reportpublished on 20 February 2018, by the Organisation for Economic Co-Operation and Development (OECD), estimates that the continent loses an average of US$50 billion every year through illicit flows, while the Wall Street Journalstates that as much as US$60 billion is being siphoned off. It should be highlighted that these figures are likely to be modest, as most financial crimes are not detected or reported.

Financial crimes engender poverty as funds are misdirected, and the corrupt get richer while the vulnerable grow poorer. According to Frunza, most financial crime occurs at three main levels: within organisations, through financial instruments and through the misuse of technology – the central pillars of economic growth and development.

This is confirmed by various data, which shows that while 92% of firms in Africa see money laundering as a high risk, only 31% conduct fraud risk assessments annually, and only 34% of these have trained staff on financial crimes awareness. In South Africa alone, where the impact of financial crime is widespread, the Global Economic Crime Survey 2016reports that 69% of firms reportedly experienced financial crimes.

The lack of strategic and effective cooperation among African states indicates that financial crimes will continue to pose a growing threat in Africa. Current responses – which emphasise stringent legislation and regulation, but not their enforcement – are inadequate. Furthermore, the current capacity of law enforcement agencies does not appear commensurate with the challenge.

For Africa to reverse these trends, it would need to harmonise the normative framework among states through a continental convention or protocol; prioritise a rule of law-based approach; and step up international cooperation.

States should invest more in preventing, detecting and disrupting financial crimes. This will require capacity-building, sensitisation and effective monitoring and compliance regimes – and above all, the political will to drive it.