A tribute by Paul Trewhela 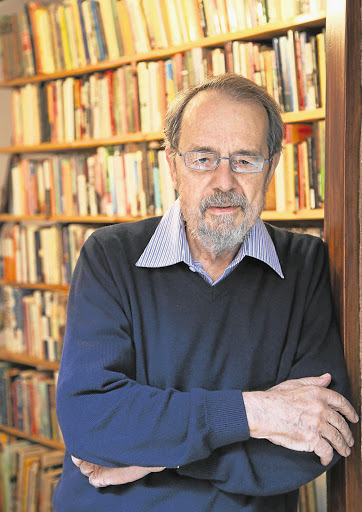 My lifelong friend since I was 17, Hugh Lewin died peacefully yesterday at his home in Killarney, Johannesburg.

Hugh was a person of exceptional goodness. He sought for no high office, and never trumpeted his name. He always did what he thought was right, no matter what the cost.

In the study, Rhodes University, 1904-2016: An Intellectual, Political and Cultural History, Paul Maylam notes that while at the university Hugh made “clandestine contact with student leaders at Fort Hare who were strongly influenced by Govan Mbeki – among the key students were Thami Mhlambiso, Stanley Mabizela and Sizakele Sigxashe.

Lewin remembers … meeting with Fort Hare students, ‘diving behind bushes, through barbed-wire fences, or being smuggled into rooms on campus, forever trying to avoid the attentions of the local Security Branch’.”

As vice-president for international affairs of the National Union of South African Students in the year of the Sharpeville massacre and a member of the non-racial Liberal Party, he later joined other radical young members of the Liberal Party as a member of the non-Communist sabotage and protest organisation, the African Resistance Movement (ARM), which was totally broken up by arrests and flights into exile in July 1964, shortly after the end of the Rivonia Trial.

He was perhaps the finest South African poet of his lifetime writing in English. His poem, “Touch”, which I’ve posted below, relating to his seven years as a convicted prisoner in Pretoria Local and Central Prisons, reaches across all boundaries and touches the heart each time I read it.

His poem “Pylon” – published in Hugh’s memoir Bandiet out of Jail, a superb account of our experiences as white male political prisoners in Pretoria – conveys the sabotage doings of the ARM at that time.

conveys his brutal interrogation in the security police headquarters in Johannesburg that day, after his ARM fellow member John Harris placed a bomb – in violation of ARM’s most basic principle – in Johannesburg Park Station, killing an old woman and maiming her granddaughter for life.

I’ve posted below also a passage from a subsequent memoir by Hugh, Stones against the Mirror (2012), which evokes his painful journey of reflection to travel to England in order to meet – and forgive – the man who had betrayed him, his former best friend and best man at his wedding to his first wife, nearly 40 years after he and two ARM colleagues were sent to prison.

Hugh was a journalist of world class, whether on the magazines Drum and Golden City Post in Johannesburg before his arrest, on The Observer in Fleet Street in London in exile, and as a teacher of journalism in countries in Asia after his return to live in South Africa, following the unbanning of political organisations in 1990. For ten years before his return to South Africa, helived in Harare, Zimbabwe, he lived in Harare, Zimbabwe, with his second wife, Pat, and their two daughters. He gave all the help he could to victims of the Mugabe regime.

It was approprate that he served as a commissioner on the Truth and Reconcilation Commission, in service to others.

Hugh died in the arms of his loving partner, Fiona Lloyd, who cared for him heroically through his years of worsening disability from Lewy’s Body disease.

His trial and prison friend, Roman Eisenstein, has written:

The funeral will be on Saturday week [26 January], probably at St John’s School, Johannesburg, and it will an Anglican funeral with probably the bishop. Fiona and daughter Tandy say that Hugh was so frail in the last days that, for him, it is probably the best. The end was peaceful and we must be grateful for that.