The former leader of the official opposition, Helen Zille, is not everyone’s cup of tea. She still chair’s the Democratic Alliance Federal Council.

Her remarks about colonialism (although factually accurate) gave offense. But no-one can claim that she has ever pulled her punches. Helen has been at the forefront of accusations that the ANC is deeply mired in corruption – long before the chorus of voices now making the same point.

Who can forget what ANC leaders of the past had to say?

Today the Financial Mail Editorial makes the point with clarity [see below] but it is Helen’s analysis which follows, that shows why this took place.

There are many in the ANC who would never cross the line and accept state money, yet Magashule has effectively given the vultures his blessing 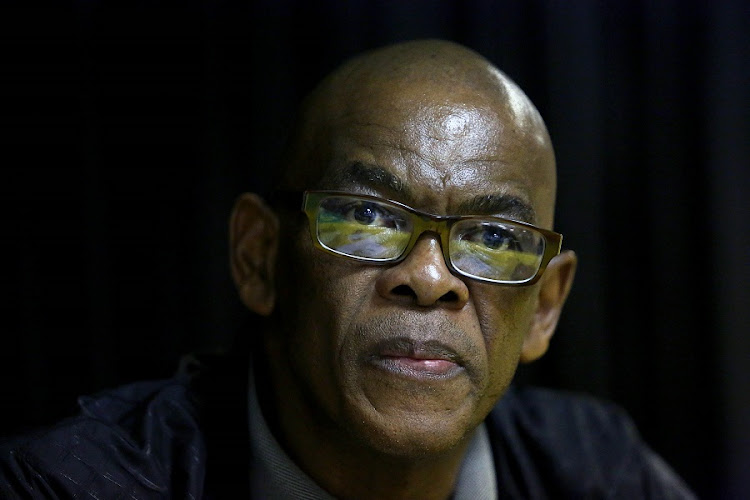 South Africans who have for years resisted the admittedly bleak verdict on the governing party — that it’s effectively dead as an ethical organisation — will have been forced to reassess their position this week.

What will have tipped the scales is the statement by ANC secretary-general Ace Magashule, when he was asked last week about the mounting scandal of family members of politicians benefiting from the Covid-19 emergency procurement rules — including his own sons, Tshepiso and Thato.

“Tell me of one leader of the ANC who has not done business with government,” he replied.

In that sentence — factually inaccurate as it is — the man who, for all intents and purposes, is the ANC’s CEO, sounded the death knell for any hope that the party might be able to haul itself out of the grave it has dug. There are many in the ANC who would never cross the line and accept state money, yet Magashule has effectively given the vultures his blessing.

That his remarks came days after President Cyril Ramaphosa said office bearers should not pass on “inside information about opportunities to our families and friends” didn’t seem to matter to Magashule. No consequence is likely.

It was as clear a sign as any that the ANC is entirely ethically unmoored; Magashule just delivered the eulogy.

Source: Politicsweb
Helen Zille says if we are to ever dismantle the ANC looting machine we must understand how it was constructed.
The impact of the social media hashtag #VoetsekANC, and the comments that accompanied it, show that people finally understand that we live under a criminal state.
The abuse of Covid relief funds by ANC-linked cadres, raking in huge profit for adding no value (except their political connections), has been the last straw for many South Africans.

The tenderpreneur feeding frenzy was symbolised by Ace Magashule’s son buying a BMW worth R2-million a week after it was revealed that his “company” (of which he is sole director) had scored big on a project to provide soap and masks to the Free State provincial government.

Although this is small scale corruption in comparison to, say, the Arms Deal or the Medupi power plant, or the billions raked off from State Owned Enterprises, the callousness of looting donor funds provided to protect people from a potentially deadly illness, reflects the extent of the ANC’s moral depravity.

But the key question no-one seems to be addressing is this: How did we manage, in 26 short years of democracy, to fall from the pedestal of international respectability, to become a byword for corruption and criminality?

Why didn’t our magnificent constitution (often described as one of the best in the world), with all its checks and balances, prevent this? And what about our vigorous opposition, vigilant media, independent judiciary, active civil society, and a raft of Chapter 9 institutions? Why did they all fail to stop the onward march of the state from the international poster child for democracy, to corruption and blatant criminality?

The answer is: Because the ANC legalised corruption. It did so openly, under our noses, often with the fulsome support of almost all the institutions that should have prevented it, including the international community.

What’s more, these institutions not only failed to protect us. They actually facilitated this downward trajectory.

To get to the root of the problem, we must face the fact that Broad-Based Black Economic Empowerment (B-BBEE), as conceptualised and implemented by the ANC, made corruption legal, and morally acceptable. Anyone who saw through it, and called it for what it is, was automatically dismissed as “racist”.

In over 100 laws mandating B-BBEE and racial “representivity” throughout the public and private sector, the ANC created a useful camouflage, to cover its deployment committee’s work in setting up this looting machine. Cadres were deployed to all institutions of state, controlling multi-billion budgets, dispersing funds and manage procurement systems, with the primary aim of enriching the ANC-cadres in business, and securing significant “kick-backs” for the party and its network.

Inevitably, before long, competing networks arose. The factions in the ANC are not driven primarily by political or ideological differences, but by intense contestation for control over these funding sources. After 26 years, the South African state has become a web of competing criminal syndicates, posing as a government.

And they made fools of the electorate by successfully selling the lie that their form of B-BBEE was synonymous with black empowerment. It was the very opposite. It left SA destitute with unemployment levels at 30% (and that was before the Covid pandemic).

Some people still believe the ANC’s race laws were motivated by a real commitment to redress. I do not believe that, and never have.

And to be fair, the ANC has been pretty honest about its intentions from the start.

Right at the start of our democracy, the ANC told us that their National Democratic Revolution (NDR) required “state capture”. It took 23 years before journalists and most analysts actually took this seriously.

As Joel Netshitenzhe, a leading ANC intellectual, wrote in the ANC mouthpiece, Umrabulo, in 1998: The aim of the NDR “is extending the power of the ‘National Liberation Movement’ over all levers of power: the army, the police, the bureaucracy, intelligence structures, the judiciary, parastatals, and agencies such as regulatory bodies, the public broadcaster, the central bank and so on”.

The ANC’s deployment policy was aimed to achieve party control of the state. And then, through the state, controlling every other sector of society by introducing stricter and stricter BBBEE and EEA laws that enabled cadre deployment (and the associated corruption and criminalization) to reach into every money flow, every stream of funding, in the country.

In the earlier years the notorious Chancellor House provided a clearing house, allocating tenders and contracts through the state in return for generous donations to the ANC.

But even that filter finally fell away. Now it is straight, personalized, corruption to politically linked individuals.

We were warned. As Kgalema Motlanthe said in 2007: “this rot is across the board. It is not confined to any level or any area of the country. Almost every project is conceived because it offers opportunities for certain people to make money”.

The power struggles in the ANC are so fierce precisely because they mean control of the machinery of cadre deployment to loot on behalf of those connected to the winning faction.

Former Business Day editor, Tim Cohen, described it aptly in 2008 when he wrote: “At issue is the creation of the state in which politicians enter politics not with the intention of public service but with the intention of getting rich. The result is that political battles are a kind of proxy for deciding not how social issues are to be addressed, but which faction will gain the ability to insert itself into the circulation of money streams.”

The only places where this has not occurred, is where the DA governs.

The unparalleled revulsion to the extent of looting in the rest of the country is based in the disbelief that the ANC would actually use a national crisis situation to milk the state — especially the billions borrowed to deal with the Covid crisis.

In order to try to prevent this feeding frenzy, the DA went to court seeking a declaratory that BBBEE criteria could not be used disburse disaster relief to small businesses that had suffered severe losses under the lockdown.

The court dismissed our case. It found that not only was the Minister empowered to use BBBEE criteria. She was mandated to do so.

Our application for leave to appeal this judgment was also dismissed, this time with costs. The court found that while the Minister was constitutionally and legally compelled to use BBBEE criteria, she might choose not to give this criterion any weighting in allocating the resources.

This single judgment demonstrates the extent to which all the checks and balances against the institutionalization of corruption and the resulting criminalization of the state, have failed.

In this context, it is hardly surprising that two sons of Ace Magashule, ANC Secretary General, as well as various close allies, benefitted so handsomely from contracts for PPE equipment at significantly inflated prices. As Ace himself said: “There is no law against it”.

As Jacob Zuma famously said in his response to allegations of corruption: “I was only applying B-BBEE”.

Indeed, he was. On this basis, his lawyers will be able to put up a good defence, if the ex-President ever gets his day in court.

The system creates every possible incentive for this cynical abuse of black economic empowerment. It isn’t an accident. It was designed this way.

The new appointments to the NYDA shows exactly how it is done: There is the façade, a pretense, of due process. People are invited to apply for board positions that carry key responsibilities. Scores of people put in applications in good faith, often highly competent, experienced and well-skilled for the role. But Luthuli House hands its list to the selection panel, dominated by ANC cadres, and with a little additional input from the ANC Women’s League and the Young Communist League, the pre-determined board emerges, almost totally devoid of the skills required to do the job.

A new looting vehicle into the funding stream of R500-million annually that is the NYDA’s budget.

The only way out of this mess is to understand that no democracy can make sustained economic progress without actively striving to become a meritocracy, where people are appointed to positions, or win tenders, on clear, value-adding criteria, not their colour or their political contacts.

And the only way we can get there is if the voters begin to understand why this is so important, and begin to vote for it.

Otherwise we must stop feigning shock that the looting continues.