The war against the TPLF will not be quick or easy, and it already looks to be going badly for Eritrea’s president. 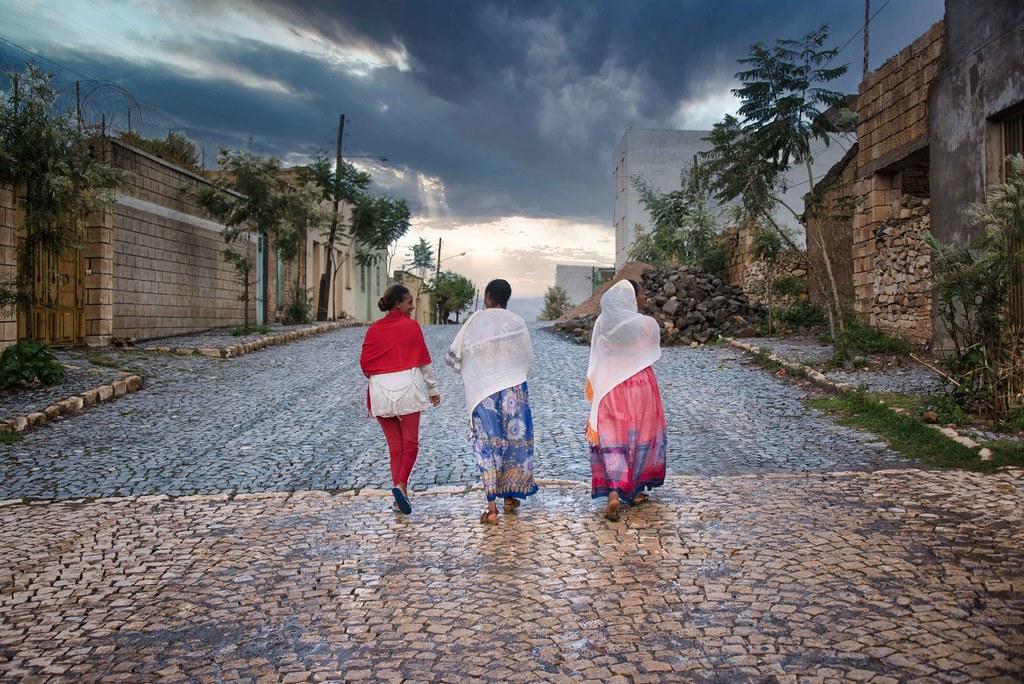 There is little doubt now that Eritrean forces are participating in the war in Tigray. Ethiopia’s Prime Minister Abiy Ahmed has denied it and Eritrea’s foreign minister has insisted “we are not part of the conflict”. But other disagree.

On 8 December, Reuters reported that “a U.S. government source and five regional diplomats” told them the US believes Eritrean soldiers have crossed into Ethiopia. The EU and UK support this assessment. And in the last few days, a top-ranking Ethiopian general confirmed that Eritrean troops have been in Tigray. Major General Belay Seyoum, head of the Northern Command, described the presence of foreign forces on Ethiopian soil as “painful”.

How did Eritrea become involved in Tigray?

To answer this question, one must go back to the 1970s when the Tigray People’s Liberation Front (TPLF) and Eritrean People’s Liberation Front (EPLF) fought alongside against the Derg regime. Despite their differences, the two rebel groups’ leaders – Meles Zenawi and Isaias Afwerki – joined forces, launching a final offensive in 1991 when they captured Addis Ababa and Asmara.

Meles became Prime Minister of Ethiopia. Isaias took control in Eritrea, which became an independent state. Gradually, however, relations between the two men soured, leading to the 1998-2000 border war that left some 100,000 people dead. That conflict ended, but relations between the TPLF-led government and Isaias were never repaired.

In 2018, the TPLF essentially lost power in Ethiopia. It had been the senior party in government, but amid widespread protests, the ruling coalition selected a new prime minister. Abiy Ahmed was quick to break with his predecessors’ stance on Eritrea and President Isaias was quick to take advantage. The Eritrean president invited Abiy to Asmara where the new PM received an ecstatic welcome from Eritrean crowds. Abiy returned the favour and Isaias was just as warmly greeted in Addis. In September 2018, the two leaders signed a formal treaty in Saudi Arabia, cementing their ties.

There followed a rapid growth in bilateral relations. Abiy and Isaias were in constant contact. In just over two years, they made nine official visits to each other’s capitals or went on joint delegations to Saudi Arabia and the UAE.

Their final meetings took place at their respective military bases. On 18 July 2020, Abiy visited Eritrea’s main military training base at Sawa where he inspected  troops and military equipment. On 12 October 2020, Isaias visited Ethiopia’s Bishoftu air base, home to the nation’s air force.

According to reports citing well-placed sources, President Isaias brought together his closest confidantes on the eve of the Tigray war. He allegedly said that Eritrea had to accept that it has a small economy and a lengthy Red Sea coast that it cannot patrol on its own. He is reported to have suggested some sort of “union” with Ethiopia, at least in terms of economic co-operation and maritime security.

If this is true, he appears to have echoed Abiy’s grandiose dream of re-establishing the old empire-state of Ethiopia. This idea may not be as far-fetched as it would appear, despite the fact Isaias previously led Eritrea’s decades-long war to gain independence from Ethiopia.

The outbreak of the war

On 4 November 2020, the Tigray war began. By this point, Tigrayans had already been warning that Ethiopian and Eritrea forces were planning to attack. Events since suggest their fears were founded.

There have been numerous reports from the Eritrean diaspora of young Eritreans being rounded up as conscripts to support the war effort. In Eritrea, national service is compulsory and indefinite. There have been claims of people being picked up and transported without warning to remote locations along the Ethiopian border.

Eritrea has also hosted retreating Ethiopian forces. Redwan Hussein, spokesperson for Ethiopia’s newly-established State of Emergency Task Force for the Tigray Conflict confirmed that federal troops were forced back across the border to regroup. There have been additional reports of Ethiopian forces being flown into Asmara overnight to conceal their presence.

On 10 November, TPLF president Debretsion Gebremichael went on local television accusing Eritrea of sending soldiers into Tigray. “Since yesterday, the army of Isaias have crossed the country’s boundary and invaded,” he said. “They were attacking via Humera using heavy arms.” This would suggest that while Eritreans attacked from the north, Ethiopian federal forces and Amhara militia attacked from the south and east in a co-ordinated offensive.

From “police operation” to guerrilla war

On 9 November, Abiy claimed that the conflict in Tigray was a law and order operation that would “wrap up soon”. “Concerns that Ethiopia will descend into chaos are unfounded and a result of not understanding our context deeply,” he said.

Yet as the war has developed, evidence points in the opposite direction. Tigray’s regional capital, Mekelle, fell with hardly a fight but only because Tigrayan fighters withdrew in order to resort to tactics they adopted decades ago. The TPLF has always believed in war of manoeuvre rather than positional war – taking to the hills and mountains and attacking in the rear.

The Tigray war is unlikely to be a brief conflict or produce an easy victory for Abiy and Isaias. As a Reuters report explains, the TPLF “is battle-hardened from both the 1998-2000 war with Eritrea and the guerrilla war to topple dictator Mengistu Haile Mariam in 1991. TPLF forces and militia allies number up to 250,000 men and possess significant hardware, experts say.”

For Eritrea, the war already appears to be going badly. Having allegedly looted religious sites, homes and factories, Eritrean forces are reportedly bogged down and vulnerable to ambushes. According to the Europe External Programme for Africa on 2 January, “multiple sources state that Eritrean soldiers are blocked in attempts to leave Tigray. Heavy fighting between Ethiopia National Defence Forces (ENDF) and Tigray Defence Forces (TDF) is taking place near the major roads out to Eritrea. This has stopped the Eritrean transfer of looted goods out of the region.”

The Tigray conflict was meant to rid President Isaias of his Tigrayan enemies. The problem for both the him and Abiy is that this conflict might drag on for months, if not years. The war could end up destabilising either, or both, governments.