UCT: The zombies have taken over the institution 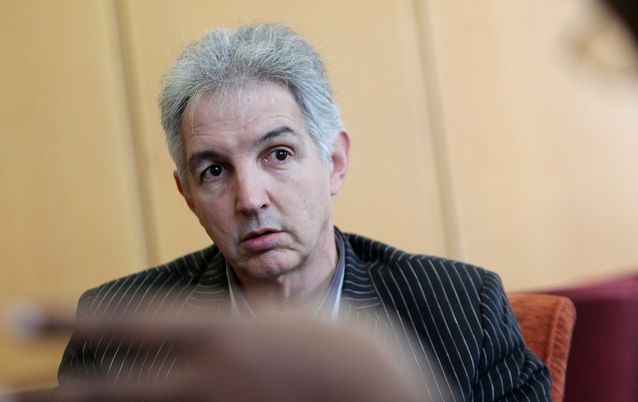 In late December the University of Cape Town (UCT) held a meeting of its convocation. For the most part, the media and public had switched off by then, so the subsequent implosion made relatively little impact. But, as a metaphor for UCT’s general condition, it is about as poignant as these things get, and, with the benefit of hindsight, it is worth taking a closer look.

The meeting turned on a motion of no confidence brought by Timothy Crowe that was directed at vice-chancellor Max Price and the senior UCT executive regarding an agreement reached with protesting students. The crux was the agreement was fatally flawed and the students involved were unrepresentative. It called for all alumni to be anonymously balloted to consider a motion of no confidence in the UCT’s leadership.

There are various accounts of how the meeting devolved into chaos. Here is the report from Ground Up (UCT convocation descends into chaos), which was the only media outlet there.

Here is Tim Crowe’s (UCT’s convocation chaos). And this one from Ed Rybicki (What do you say, when liberalism fails?), who was there, is likewise worth reading.

In summary, the meeting followed what is now a typical repertoire: it was interrupted by protesting students (it is unclear if they were convocation members), but they were immediately appeased and allowed to protest in silence at the front of the lecture theatre. They subsequently violated that agreement with frequent interjections and shouted insults, and about halfway through, as the temperature rose, all control was lost and the meeting was eventually abandoned.

They systematically trampled on protocol, abused their position, destroyed debate, disseminated much hate in doing so and ultimately collapsed the entire event. And, as ever, there were no consequences, no bottom line was drawn and the convocation will now have to meet again at some later date.

The losers were also easy enough to identify, whether they agreed with the motion or not — those who followed the rules, respected debate and tried to engage with the substantive items on the agenda. They were shouted down, abused and eventually had to surrender their right to meet.

At this point, it is necessary to define some terms. Of them all, the most important is the attitude of the senior administration under Price towards protesting students. There have been many generous descriptions of Price’s strategy: “pragmatism”, “negotiation”, “consultation” and so on. All of which suggest a clever tightrope walk between principle and practicality. But Price himself has defined it most accurately.

Answering questions after a talk on March 16 last year, he said: “What we have pursued is an appeasement policy in the last year … whether that has served us well or not, whether we are about to enter into a period, into a war, which may be a bigger war because of the appeasement policy, perhaps, obviously, the verdict isn’t out yet, we can’t anticipate, we don’t know what is going to happen.”

Now, appeasement is a very clear idea. It means “to yield or concede to the belligerent demands of (a nation, group, person, etc) in a conciliatory effort, sometimes at the expense of justice or other principles,” according to one definition.

There need be no confusion nor debate on Price’s attitude. There you have it, in his own words. The group being appeased is also easy enough to identify as the protesting students.

Just as the group being appeased is easy enough to identify as protesting students. It is not a policy of principle, and anyone who claims to stand for principle cannot in good faith stand behind Price because, in his own words, principle is not his primary concern. His primary concern is to appease the belligerent demands of protesters in a conciliatory effort.

It is important to understand Price’s attitude because from it a great deal flows. First, it shows the abandonment of any bottom line. Principles are what determine your bottom line, but if appeasement is your purpose then your bottom line is determined for you.

The convocation meeting is a good example. If you call a meeting of the convocation, the bottom line is easy enough to identify: the meeting should take place and those items on the agenda be considered and deliberated. If not, there should be consequences. That never happened. The meeting was abandoned in the face of chaos.

More importantly, if the rule of law is broken, books burnt, illegal protests take place or violence unfolds, again, the bottom line is easy enough to identify: the rule of law should be upheld, and the perpetrators arrested and prosecuted.

Too often, the rule of law has been bypassed. To the extent that UCT now often acts as a law unto itself, a separate state from SA and its Constitution, with its own definition of justice.

“Today we have made an executive decision to grant an amnesty in respect of all protest-related incidents that occurred between the first protest on March 9 2015 and May 18 2015,” Price wrote in May 2015. On several occasions he has made such offers. Most recently, the new agreement with protesting students proposes a Truth and Reconciliation Commission be established.

The great fraud Price commits is the suggestion that, at any given moment, he is carefully weighing up the pros and cons of principle and pragmatism. But, as the convocation demonstrates, the moment violence and book-burning kick off there is no consideration.

In the moment there are only the protesters. And, in the moment, they inevitably win. These moments have now piled up into a veritable mountain of disdain and contempt for UCT in particular and universities in general. The only time this feigned careful deliberation takes place is in retrospect, and, in retrospect, the solution is almost always to appease.

The two most profound consequences are also the two the senior administration simply cannot see.

The first is the belief that UCT is an island with its own special conditions, unconnected to the rest of the country. That is a fundamental mistake. UCT is a stage and the rest of SA is watching. When it refuses to uphold the rule of law, when it panders to intimidation, when it indulges violence and damage not just to property but to the idea of a university itself, it sends a message. People learn. And they learn the wrong lesson at that.

The primary lesson they have learnt is that chaos is an effective means to any end. True, it is a lesson being taught simultaneously on many stages throughout the country, but UCT remains a significant epicentre.

Chaos is not an idea. It is a threat.

The real sentiment underpinning her argument, is that one must negotiate with terrorists. They might not carry physical bombs, but many of those protesting students have have wrought sustained and systematic damage to the principles and values that underpin a university, most of all free speech. And their purpose is the same — to cause chaos, to spread distrust, to destabilise and destroy. They have been very effective.

Suellen’s message to SA is that chaos enjoys some sort of moral equivalence with rationality and reason, fair protest and disagreement. It does not. To pretend it does is to sacrifice any moral standing in the fight for what is right. If you elevate chaos to some morally virtuous position, you denigrate morality itself.

The culture of race hate

The second consequence is the culture of hate that has now inculcated itself in UCT. It is a poisonous well, if ever there was one. Racial animosity, intolerance, the language and behaviour of fascists — these things have now found their way into the blood. Like a disease they have spread through the institution, infecting everything they touch. The place is rotten to the core. It is everywhere, sometimes diluted, sometimes potent, but always present.

For a fuller exposition of the often hidden, always hateful nature of this venomous sickness, take a moment to read the Institute of Race Relations chief operating officer Gwen Ngwenya’s experience at the hands of the infected. (http://www.politicsweb.co.za/opinion/fall-in-line-with-the-fallists-or-else).

Indulged and “engaged with”, hate has found the perfect host. Soon UCT will be nothing but a Zombieland, as the diseased bite the healthy to turn them into zombies themselves.

These kinds of informal developments are almost impossible to arrest. Organisational culture is defined over time and to change it requires a monumental amount of dedication, leadership and direction; it must be replicated by leadership in word and deed. It relies on precedent after precedent, explained, upheld and embodied. But senior administrators appear all to have been bitten; they might not have turned just yet, but their eyes are glazed over to be sure. Certainly they appear powerless.

Taken to its ultimate conclusion, these things will begin to manifest elsewhere, in the curriculum, in the staff, in the types of decisions made. It is happening already.

Race already trumps almost every consideration and when every other consideration is gone, race will be all that remains at UCT. That will be another lesson for SA.

Bertrand Russell once wrote: “But not infrequently a man will engage in activities of which the purpose is destructive without regard to any construction that may come after. Frequently he will conceal this from himself by the belief that he is only sweeping away in order to build afresh, but it is generally possible to unmask this pretence, when it is a pretence, by asking him what the subsequent construction is to be. On this subject it will be found that he will speak vaguely and without enthusiasm, whereas on the preliminary destruction he has spoken precisely and with zest.

“This applies to not a few revolutionaries and militarists and other apostles of violence. They are actuated, usually without their own knowledge, by hatred; the destruction of what they hate is their real purpose, and they are comparatively indifferent to the question of what is to come after it.”

There is much insightful wisdom in that passage about both UCT’s protesting students and its senior administration. One of the main points of contestation ahead of the convocation and the no-confidence motion was that the agreement stated it gave “support in principle for the call to decolonise … while recognising that decoloniality is not understood in the same way by all”.

It provided no definition of what decolonisation entails and none has been forthcoming since. In short, it has no idea what it has agreed to, but it has agreed to it nonetheless. But on the motivation for that outcome, the “injustices”, the “hurt”, the “pain”, the “systemic racism”, the apartheid architecture that supposedly defines the curriculum and the institution, on those subjects there is no end of detail. And yet, no detail at all.

UCT has agreed to a lot more besides, and through appeasement every term has been defined for it.

And just like decolonisation, those people, intellectually trapped by pragmatism, can no longer see the wood for the trees. They cling ignorantly to what is left of principle. Many have even fooled themselves into thinking principle matters, and in Price, they have a man with a “bottom line”. It is sad to watch them. Sad because this kind of myopia is the most destructive of all forces for the simple reason that you never know you are sick with it.

UCT might not yet be Zombieland but make no mistake, the zombies are in charge.

One thought on “University of Cape Town: The zombies have taken over the institution”