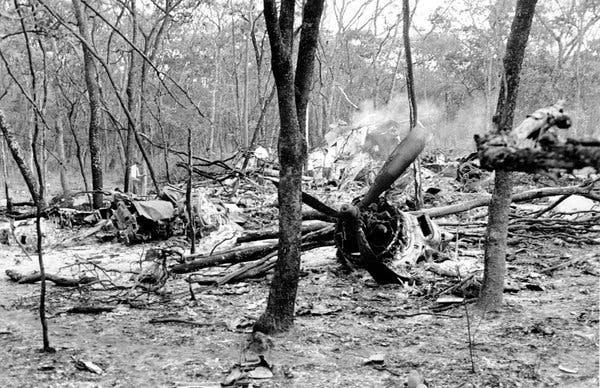 By Rick Gladstone and Mike Ives

A prominent jurist investigating the mysterious 1961 plane crash that killed the United Nations secretary general, Dag Hammarskjold, in southern Africa has concluded that the aircraft may have been attacked, and that four nations — Britain, Russia, South Africa and the United States — may be withholding information that could solve the puzzle.

The jurist, Mohamed Chande Othman, a former chief justice of Tanzania, issued his conclusions in a 95-page report posted Monday on the website of the United Nations, which retained him nearly three years ago to help sift through new evidence and a range of sinister theories that have proliferated in the decades since the crash.

Mr. Hammarskjold, a 56-year-old Swedish diplomat considered one of the most successful leaders of the United Nations, was on a mission to help settle a secessionist war in newly independent Congo, a former Belgian colony. His chartered aircraft, a DC-6, went down after midnight on Sept. 18, 1961, moments before its scheduled landing in Ndola, a town in what was then the British protectorate of Northern Rhodesia and is now Zambia.

Fifteen people aboard, including Mr. Hammarskjold, members of his staff and crew, were killed in the crash. The sole survivor, an American security officer named Harold Julien, died of injuries six days later.

The crash is one of the most enduring mysteries in the history of the United Nations, where Mr. Hammarskjold has been exalted as a model international statesman. He is the only person to have been posthumously awarded the Nobel Peace Prize. His name adorns buildings and plazas around the international organization’s New York headquarters.

Initial investigations by the colonial authorities attributed the crash to pilot error, but suspicions of foul play multiplied in later years. Some theories hold that colonial-era mining interests, perhaps backed by Western intelligence agencies, had plotted to assassinate Mr. Hammarskjold, who was an avid promoter of African independence from colonial powers during a pivotal period of the Cold War.

Other provocative bits of information appear to corroborate a theory that South African or Belgian mercenaries may have forced Mr. Hammarskjold’s plane to crash. But the evidence is far from conclusive.

In a 2017 interim report, Mr. Othman wrote that “hostile action” from outside the plane may have doomed it, either through a direct attack or by prompting the pilots to fly too 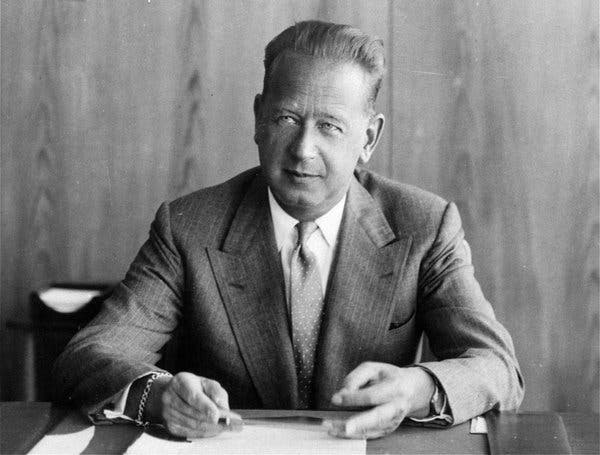 He said member states of the United Nations that may be harboring information about the crash were obliged to show that they had fully reviewed their records and archives.

In his final report, Mr. Othman wrote that the attack hypothesis “remained plausible,” and that the burden of proof he had assigned to member states had “yet to be fully discharged.”

Last year Mr. Othman asked 14 countries to each appoint an independent official to review intelligence, security and defense archives for information related to the disaster. He wrote in the new report that his interactions with those countries and their appointees had since been “largely successful.”

But Mr. Othman also emphasized that certain countries — notably the United States, South Africa, Britain and Russia — “may yet have work to complete to ensure that comprehensive searches are conducted with a sufficient degree of transparency.”

Their cooperation, he wrote, is particularly important because they “must be almost certain to hold important undisclosed information” about the crash.

Mr. Othman singled out British and Rhodesian officials who appeared to have tried to steer the early inquiries “to conclude that the crash was the result of pilot error, rather than any type of external interference.” He also said South Africa had ignored his repeated requests for information regarding pro-apartheid mercenaries from that country who may have been implicated, a theory that gained some credibility in a documentary film released this year, “Cold Case Hammarskjold.”

Officials of the four countries did not immediately comment on Mr. Othman’s report, which included a recommendation that the current secretary general of the United Nations, António Guterres, appoint an independent investigator to continue the work.

In a letter posted with the report, Mr. Guterres said that he agreed, and that “it remains our shared responsibility to pursue the full truth of what happened on that fateful night in 1961.”

Susan Williams, a University of London scholar whose 2011 book, “Who Killed Hammarskjold?,” helped galvanize support for further investigation, welcomed Mr. Othman’s report, saying it had helped expose what she called “the wholly inadequate and evasive responses” of countries that had not fully cooperated with him.

By contrast, she particularly commended the assistance provided by Zimbabwe. Formerly the British colony of Southern Rhodesia, it was the central territory of a British-ruled federation that included Northern Rhodesia, where the plane crashed.

The information supplied by Zimbabwe in Mr. Othman’s report contained new details on Mr. Julien. They included a document in which he stated to his doctors that there had been an explosion aboard the aircraft, followed by smaller explosions that forced the plane down, and that he had escaped by throwing himself through a safety hatch. The information had been suppressed by Rhodesian officials.

“This indicates that the Rhodesian authorities attempted to shut off any public knowledge of possible external interference,” Ms. Williams said in an email. “It also suggests that Julien may have said more about the last moments of the crash than is available as yet.”