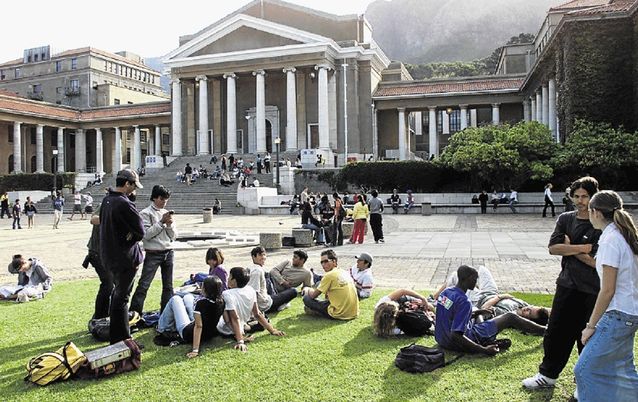 Former UCT students who, in 1968, occupied the university administration building for nine days in protest against the decision to rescind the appointment a black academic to a teaching post have appealed to the university to uphold academic freedom following its public statements over Prof Nicoli Nattrass.

Last week, UCT issued a statement distancing itself from an article by Nattrass in the SA Journal of Science, following accusations by a university lobby group, the Black Academic Caucus, that the work was racist.

The university said the work was “methodologically flawed” and raised questions about standards and ethics of research at UCT. The univerisity management has said it is investigating the matter further.

The 1968 group of students included a number of prominent individuals and accomplished academics, such as Martin Plaut, Geoff Budlender, Michael Kahn, Mike Morris and David Kaplan. The 1968 protest centred on a university decision to rescind an offer of employment to the late social anthropologist Archie Mafeje after being pressured to do so by the apartheid government.

In response to the protest and unable to appoint Mafeje, the council established the Academic Freedom Research Award in his honour. In 2008, the university awarded Mafeje a posthumous honorary doctorate.

In their letter to vice-chancellor Mamokgethi Phakeng, the group said that while it made no judgment on Nattrass’s paper itself, by intervening in the matter the university had undermined academic freedom.

“The University of Cape Town has a proud record of standing up for the principles of academic freedom during apartheid; a principle that we continue to honour with the annual TB Davie Memorial Lecture. That this should be undermined by the university executive is a matter of profound regret. We call on the university council and senate to stand by and uphold this principle,” it says.

Nattrass’s paper, “Why are black SA students less likely to consider studying biological sciences?”, is a brief commentary based on a small, unscientific survey of students during the lunch hour.

It is the questions, which were workshopped by students, rather than the conclusions that have raised controversy. These included how many pets a student had growing up; whether they believed humans descended from apes; and whether they minded the starlings picking at their sandwiches on the UCT campus.

Plaut and his co-signatories say in the letter that, in keeping with the principle of academic freedom, the content of the paper is a matter for Nattrass’s peers to judge and rebutt.