Melissa Cohen Biden (far right), with her inlaws, Joe and Jill, as well as her husband Hunter and son on stage this weekend as Joe Biden gave his victory speech following the US presidential election. Photo: Getty

On Saturday evening, a 34-year old South African appeared with the Biden family on stage in Wilmington, Delaware, as the new US president elect thanked the nation in his victory speech.

Hunter Biden told the New Yorker that after the ceremony (in her small Los Angeles flat), “I called my dad and said that we just got married. He was on speaker, and he said to her, ‘Thank you for giving my son the courage to love again.’

READ | Meet the family of Joe Biden, president-elect of the United States

Earlier this year, she gave birth to their son, who took centre stage with Biden at this weekend’s celebrations. 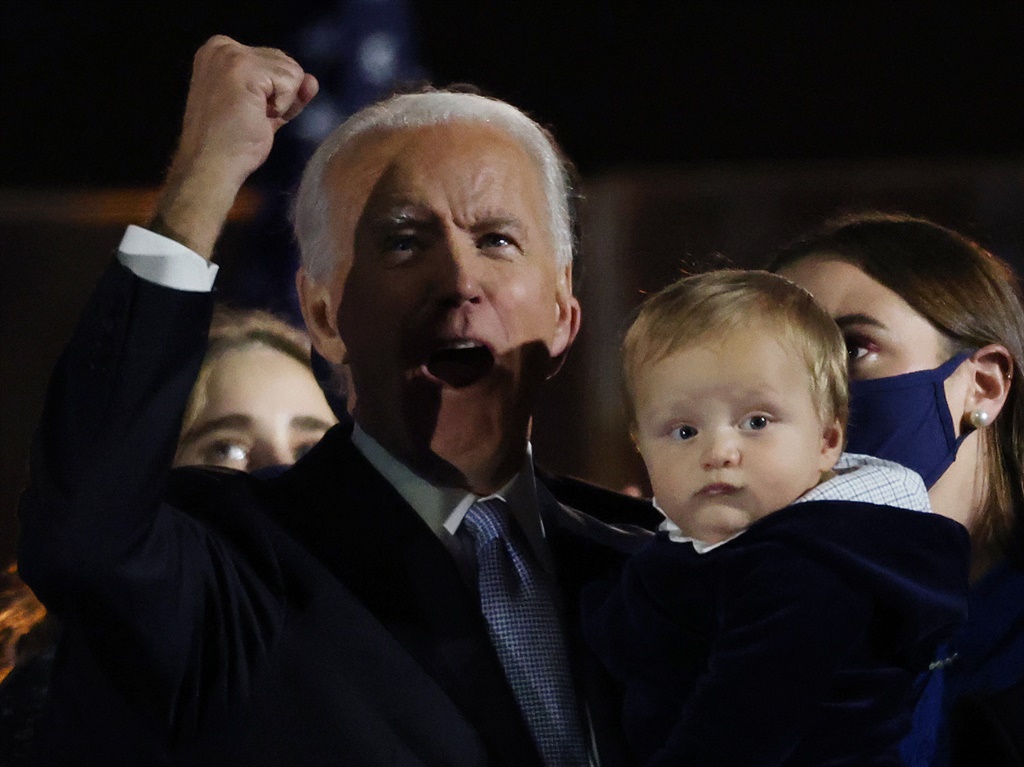 President-elect Joe Biden with his grandson on stage this weekend. (Photo by Tasos Katopodis/Getty Images)

The seven-month old is reportedly named Beau, after Hunter Biden’s brother, who passed away from brain cancer in 2015.

Who is Melissa Cohen? According to reports, Cohen was adopted into a Johannesburg family, the youngest of four siblings and the only girl. Her mom, Zoe, is a social worker who specialises in adoption.  But according to the Daily Mail, Cohen has claimed in the past that she was raised by an isiXhosa woman, who took her for frequent visits to the Transkei, and that she only learned to speak English when she was six.

Business Insider contacted one of her brothers, Garyn Cohen, a podiatrist in Sandton, but he declined to comment.

According to the SA Jewish Report, Cohen matriculated from King David High School Victory Park, and started studying at the University of Johannesburg before moving to the Greenside Design Center College of Design, where she received a qualification in interior design.

She moved to the US when she turned 21, reportedly to do a course in horticulture in Los Angeles, where she met local entrepreneur Jason Landver.

They married in a ceremony at Stellenbosch in 2012, but divorced within two years.

From her social media accounts, previous reports have gathered that she spent some time travelling in Bali, Europe and Africa in recent years, ending up visiting the Himba indigenous people in Namibia.

She tried, unsuccessfully, to raise money through a crowdfunding website for a documentary called “Tribal Worlds”, which sought to explore “the past present & future of humanity told through the lens of African tribal communities”.

Garyn Cohen told the SAJR that his sister was a “champion for nature conservation and the environment, as well as the underprivileged and people from all walks of life. She is truly remarkable, intelligent, and has a special neshoma [soul].”