The new South Africa then decided these subsidies were enriching business people. It closed the technical support programmes for farmers and stripped entrepreneurs of their status as strategic partners.

Rather than encouraging entrepreneurship, we’ve reduced breadwinners to grant collectors. This must change 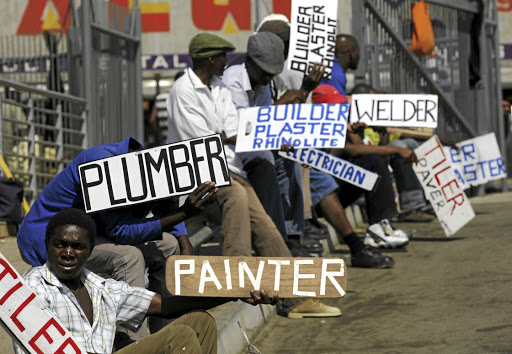 I grew up in Mthatha, in an environment that loved entrepreneurs. Small businesses played a vital role in building the economy and helping skilled and unskilled workers provide for their families.

Whatever issues Mthatha had, lack of jobs wasn’t one of them. Unemployment was so negligible that whoever was not working was considered lazy. It was a hive of economic activity, with a strong moral fabric. Entrepreneurs knew they provided income for many and weren’t apologetic for their success, nor were they pulled down for it. The government of the day, despicable as it was, embraced them as strategic partners to deal with unemployment.

When I returned to Mthatha as a registered auditor in the early years of my career, I saw the high-level model that supported this creation of sustainable jobs. Some of the audits we did included verification of the wage subsidies paid to factory owners who created jobs for the unskilled. Farmers were supported with technical skills that made them commercially viable, and factory owners were helped to grow their businesses and make profits.

But the new South Africa then decided these subsidies were enriching business people.

It closed the technical support programmes for farmers and stripped entrepreneurs of their status as strategic partners. At the time, we argued against this, highlighting how these measures created jobs — but we failed.

The result was that factories closed, unemployment spiralled and the money spent on those subsidies resurfaced as grants. This not only destroyed thriving businesses, it stripped the people of the dignity they had as breadwinners, reducing them to grant collectors.

Whatever issues Mthatha had, lack of jobs wasn’t one of them. Whoever was not working was considered lazy

Today our country is desperately trying to cut the 30% unemployment rate, but small and medium enterprises (SMEs) are still not seen as strategic partners in this. Instead, the focus is predominantly on big business — but it’s an approach that is clearly not working.

The National Development Plan targeted the creation of 11-million jobs by 2030, and while this is commendable, there is no mention of the number of small businesses it plans to create in the next year, five years, or even by 2030. Why does the plan not rather aim to create 110,000 SMEs that employ at least 100 people each? Where will these jobs come from if there’s no clear plan to create the businesses to provide them?

Instead, SA disregards SMEs and then wonders why legislation has no effect.

For one thing, there is rampant noncompliance with laws governing the support of SMEs, and there is no prosecution of those who squeeze them to death.

The government needs to show it’s serious about this sector and police noncompliance — it should arrest (without the option of a fine) those who don’t pay SMEs within 30 days.

The lockdown has exacerbated this dire situation. According to Stats SA, 12,344 businesses were liquidated between January 2014 and May 2020 — excluding informal businesses that die quietly. Yet, when President Cyril Ramaphosa made an appeal for SMEs to be paid on time, no directive was issued to government departments telling them to do so.

Fact is, all the established businesses that the government embraces are in their third or fourth generation, having been provided with solid support. In contrast, SMEs are provided with short-term opportunities, curtailing their ability to expand.

When it comes to long-term contracts for SMEs, SA seems to understand that to be five years at most, and yet we expect these businesses to create sustainable jobs in this time.

Many others battle to access capital. Even the R200bn that was said to be set aside for SMEs often depends on the discretion of the very gatekeepers that denied that finance in the first place. Yet, if you look at the JSE’s top 40 listed companies, you’ll see their growth has been propelled by billions of rand of debt. Stats SA reported in 2019 that 90% of informal businesses have no debt at all — which means they rely purely on their sweat equity just to get by.

When SA’s new Industrial Policy Action Plan came along it raised my hopes, but I was horrified when I came across a black industrialist who had been painfully frustrated by the same state organs supposed to fund his business. His energy was spent fighting for the release of approved funding, going to court and dealing with officials indifferent to his plans.

As SA tries to recover from Covid-19, SMEs cannot be treated like this. Civil servants need to look beyond the faces of the entrepreneurs they interact with and see the jobs they create. Only once SA again embraces entrepreneurs as partners, and protects them from abuse, do we stand a realistic chance of creating those 11-million jobs.