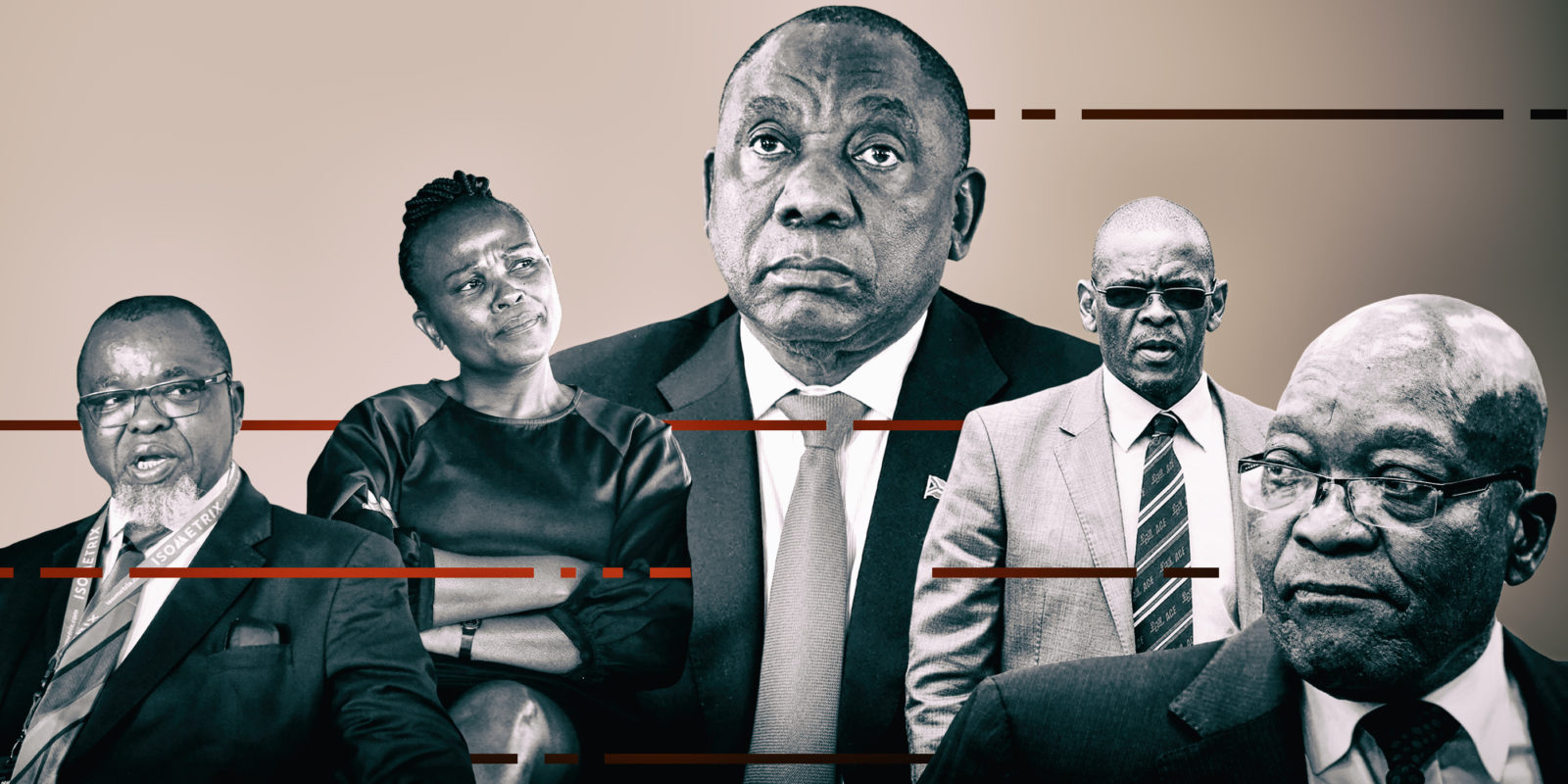 It is entirely possible that the NEC meeting ends in stalemate with no real outcome and no decisions taken – and one person going too far could cause the entire house of cards to collapse.

While it is not yet certain what, if anything, has been decided by the ANC’s NEC at this weekend’s meeting, there can be no doubt as to its importance. Both of the main factions in the NEC have spent a lot of time and resources preparing for this moment. It appears that the grouping around Secretary-General Ace Magashule and former president Jacob Zuma is hoping that the campaign they have been running against President Cyril Ramaphosa over the last two years is now finally going to pay off.

The NEC meeting is unique for many reasons. While there have been tense moments before (who can forget the meetings where it was proposed that Zuma leave the Presidency, or the marathon meeting that saw Thabo Mbeki removed as state president?), this was the first such meeting to be held virtually. This means that leaks are much more likely and the meeting itself is much harder to manage.

It is possibly also the first time we have seen such open manoeuvring before a meeting.DISPLAY ADVERTS

On Ramaphosa’s manoeuvring, recent events have been carefully calculated.

The timing of the publication of his letter to the ANC members (in which he said the ANC was “Accused Number One” in the PPE corruption scandals) on a Sunday morning, after the Sunday papers had already been published, looks like a clever attempt to displace the then-current headlines and dominate the news agenda at the start of the new week.

Ramaphosa’s decision to answer questions in the National Assembly in person gave him a chance to appear before a podium and look presidential. It did help that Julius Malema had to make his accusations through Zoom, rather than in person.

The leaking of the letter from the ANC’s Integrity Committee “requesting an audience” with Magashule, also on the same Thursday, was to Ramaphosa’s benefit too (the committee said it wanted to discuss Magashule’s comment that he “would never step down over allegations of corruption”). It meant that the president had built up a head of steam going into this NEC meeting, with Magashule, hopefully, on the back foot.

It was possibly in an attempt to defeat this that Zuma then “wrote” his own letter to Ramaphosa.

While this was a full-blown attack on Ramaphosa, the main aim may have been to change a focal point, and the nature of the attack at the meeting, in an attempt to paint up the target on the president’s back. The aim may have been to remind people that Ramaphosa has been accused, by some in the ANC, of using money from donors to win the ANC’s leadership election at Nasrec.

Zuma claims Ramaphosa received nearly a billion rand from “White Monopoly Capital” for his campaign. While the information in the public domain suggests that a figure of around R400-million is more likely, the real issue is that Zuma, and now-Cogta Minister Nkosazana Dlamini Zuma have never disclosed who funded her campaign, and by how much. Considering the level of corruption the Zuma government was mastering during that time, it is hard to believe that state and party money was not filtered through to her campaign, from security detail to ANC Women’s League-organised events, to name just two.

This is the culmination of a campaign that may well go back to the appointment of advocate Busisiwe Mkhwebane as public protector, as she investigated only the donations to the CR17 campaign. The result was that some of the details of the payments entered the public domain.

Mkhwebane has always denied that she works to further the aims of any political agenda. However, courts have ruled against her decision to investigate these donations, saying that it was outside of her remit. She has lost many more high-profile legal reviews of her decisions, most of which, even if only temporarily, helped anti-Ramaphosa forces.

This has allowed Ramaphosa’s opponents to claim consistently that he is guilty of wrongdoing, and for Tony Yengeni and Andile Lungisa to call for him to resign ahead of the NEC meeting.

The fact that no ANC leaders without criminal convictions have made this call in public should not go unnoticed.

At the same time, others who also have reason to oppose Ramaphosa, and possibly a clean-up of corruption, have been involved.

It is surely no accident that the Sunday Independent has consistently attacked Ramaphosa, and given much time and space to Mkhwebane’s reports.

This appears to be a tactic which has worked many times in other political situations: if you throw enough mud, even if it is not true, some of it will eventually stick. The mud here seems to have been created through the public protector’s office, fermented by the media, and spiced up on Twitter and WhatsApp groups.

That said, Ramaphosa has several advantages in a fight such as this.

The first is that, as ANC chair, Gwede Mantashe reportedly said this week that the ANC would be plunged into chaos if Ramaphosa resigned or stepped aside.

It is highly unlikely that the ANC would accept Deputy President David Mabuza as president (it should not be forgotten that he betrayed one faction at Nasrec and was merely tolerated by the other, which needed his support to get Ramaphosa elected). He is also not well enough to answer questions by Zoom in Parliament (it is not clear if he was part of this weekend’s NEC meeting).

And there is no machinery for anyone else to take over, because only ANC elective conference delegates can elect top six leaders at a conference.

So, it is entirely possible that the NEC meeting ends in stalemate with no real outcome and no decisions taken.

Again, if calling for those in the ANC implicated in wrongdoing resembles a circular firing-squad, who is going to pull the trigger first?

And in this case, one person going too far could cause the entire house of cards to collapse.

Of course, the situation in the party is now so tense that almost anything could happen. But a likely scenario is that this stand-off goes on for some time, possibly even until the next big ANC gathering – which can only take place after Covid-19 leaves our shores.