All’s fair in love and war, but South Africa has, until now been able to boast elections which are well-run and fair. No longer. As the ANC’s support begins to fade the party has begun to show its claws. 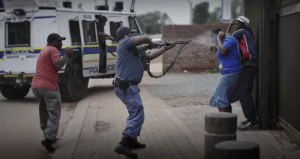 Using its control of the state the ANC is manipulating government spending to enhance its appeal. Hundreds of millions of Rands are being used to bolster the ANC’s appeal.

Worse still, its control over the state broadcaster, the SABC, has been used to cynically deny the opposition the right to have its voice heard. The SABC’s news coverage is blatantly biased, while it has now banned a key Democratic Alliance (DA) election broadcast.

The DA’s election ad can be judged by anyone who want to see it, who has access to a computer and the internet. But millions of poor South Africans are being denied the chance to make up their own minds.

Things are getting nasty – and it is not just the opposition that is complaining.

This week a respected and independent NGO – CASE (Community Action for Social Enquiry) released a report accusing the ANC of intimidation and the improper use of the state resources.

The researchers found – and I quote – that “the research overwhelmingly pointed to the ANC as the primary source of intimidation in South Africa.”

CASE’s 102-page report, titled “Just singing and dancing? Intimidation and the manipulation of voters and the electoral process in the build-up to the 2014 elections.” It is based on extensive newspaper sources as well as interviews between August and November last year with representatives of nine political parties.

The evidence, which would shock any fair-minded observer, is in l

ine with a report that the DA released on Monday.

The CASE report reinforces this evidence, making clear just how extensive these practices are. But it goes much further. Who would not be angry to hear the concerns of this Agang activist? 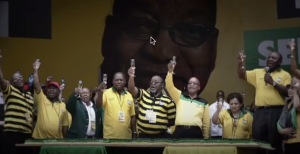 There is evidence of facilities being denied to opposition parties, of violence being threatened and the threats sometimes carried out.

Even the secrecy of the ballot is brought into question. The report quotes a member of Cope from the Eastern Cape alleging that in a previous election an IEC member had been involved in intimidating voters by placing a cell-phone in the voting booth.

“They would put a cell phone in the voting booth. The ANC agents would be telling people, that `you know what, when you get into the voting booth, there’s a cell phone with a camera. That cell phone will be taking a photograph of you. Whatever you vote we will know. If you don’t vote for the ANC, we’ll take away your food parcels and your grants.’ I mean that’s blatant intimidation.”

A call for action

The ANC appears to believe it has a divine right to rule South Africa and that it “owns” the poor in particular.
The CASE report concludes with this call:

“The course of action that would best address the problem of political intolerance in South Africa would be for the ANC to acknowledge the shortcomings of many of its followers, and the obstacles these present to the potential consolidation of democracy in South Africa. Acknowledgement would hopefully be a first step towards implementing measures that would commit the ANC to observing more fully the democratic practice to which it says it is committed. It is well known that the rhetoric of leaders of an organisation does not necessarily impact on the behaviour of its rank and file members. Addressing the use of intimidation by many of its members requires purposeful action by the ANC, rather than pronouncements for public consumption.”