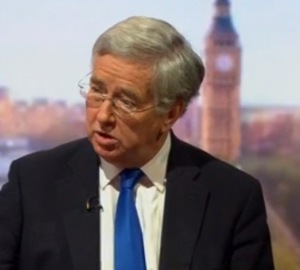 In an interview with the BBC the British defence secretary, Michael Fallon, announced what is in effect a new policy towards the Africans fleeing across the Mediterranean.

In future Britain will support a policy of returning these men, women and children to Africa.

As Mr Fallon put it:

we have to break the link between rescuing people from the Mediterranean and settlement because they [the migrants and refugees] will keep coming if they think they will be settled.

Until now anyone rescued at sea was transported to Italy or Greece and put ashore.

Mr Fallon believes this should end. This new approach appears to mirror the Australian policy which denies all those rescued at sea the right to settle in the country.

If fully implimented it would mean establishing enclaves in Libya to which Africans could be returned.

It is not clear how the distinction between economic migrants (who can be returned) from refugees (who must be given sanctuary under international law) will be maintained in terms of this new policy.

Mr Fallon complained that smugglers are phoning the Italian coast guard in advance and informing that their human cargo is settling sail and where to find their vessel.

European Union ministers will meet this week to confirm a new policy towards the issue.

Mr Fallon said that aid budgets must be used to stabilise African states from which the migrants and refugees are fleeing and “bear down” on the smugglers.

In the first instance this will involve sharing intelligence on how this can be done.

Mr Fallon did not rule out re-establishing the blockade of the Libyan coast, but said this would be something for Europe to consider, as it took 40 ships last time it was attempted, when Col. Gaddafi was overthrown.