While the package fell short of the R1-trillion stimulus that Cosatu wanted, it still exceeded the expectations of many who remain skeptical about SA’s ability to afford such a large stimulus package 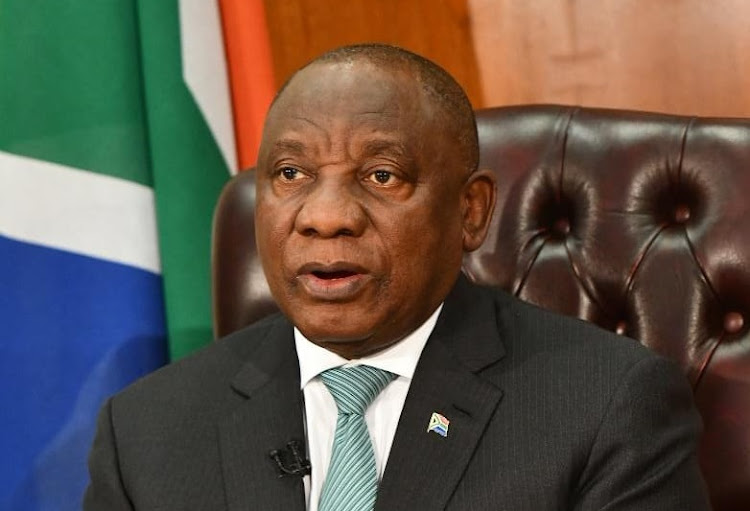 Finally, after a plethora of headlines about SA’s economic implosion, President Cyril Ramaphosa has unveiled an unprecedented R500bn “social relief and economic support package” — equal to 10% of the country’s GDP. About R200bn of this package is in the form of loan guarantees to banks, another R100bn is to “protect and create jobs”, while another R50bn will be used to boost welfare grants.

Peter Attard Montalto, head of capital markets research at Intellidex, described this package as “clearly a bazooka”. But he warned that there are significant details still missing, and “questions over how implementable large parts of it are.”

Though many expected Ramaphosa to use Monday’s address to announce a risk-adjusted opening of the economy, he kicked that can down the road until Thursday.

While the package fell short of the R1-trillion stimulus that Cosatu wanted, it still exceeded the expectations of many who remain skeptical about SA’s ability to afford such a large stimulus package. The president provided a broad brush answer to this question: R130bn would be reprioritised from the existing budget, while the rest would be raised from global finance institutions and institutions like the Unemployment Insurance Fund (UIF).

“To date the World Bank, the International Monetary Fund (IMF), the Brics Bank and the African Development Bank have been approached and are working with national treasury on various funding transactions,” he said.

It’s a politically contentious move, since some in the ANC and its labour partners are ideologically opposed to the IMF. But in this case, the IMF is offering ring-fenced support specifically for Covid-19, which doesn’t come with the sort of strings attached around structural adjustments that other IMF programmes do.

Attard Montalto said that the treasury had just yesterday applied for $4.2bn in IMF funding through the institution’s “rapid financing instrument”, which is designed to help countries needing urgent once-off financing. Though it seems likely to get this IMF money, it’s not yet entirely certain.

At this point, however, it would have been foolish for Treasury, which needs to find R20bn to pay for field hospitals, ventilators, protective gear and Covid-19 testing, to shun assistance from the IMF.

Raymond Parsons, professor at North West University, welcomed the fact that SA is willing to tap into emergency financial facilities from institutions like the World Bank and the IMF. “If SA has to incur more debt it should do so as cheaply as possible,” he said. This is especially since financing this R500bn package will “create an even bigger challenge to SA’s public finances,” he said.

Perhaps the most tangible proposal in Ramaphosa’s bailout was an increase in the R445/month child grant, which will rise by R300/month in May and R500/month from June till October. Essentially, the child grant is being doubled for five months — a move that will be welcomed by academics and the UCT Children’s Institute who wrote to Ramaphosa lobbying for this. “It is the simplest, quickest and most effective way to get cash into poor households that may otherwise face food insecurity and starvation,” they wrote.

The child support grant reaches 12.8-million children – nearly two-thirds of all children in SA — through 7-million adults. For this reason, the academics say the money effectively becomes part of 5.7 million household budgets. Other grants will be boosted by R250 a month.

But other than that, Ramaphosa’s plan was light on details of how it’ll be implemented.

Though he didn’t specify when the lockdown will end, Ramaphosa dropped a few hints which suggested the answer is: not soon.

For those clamouring to exercise outside, Ramaphosa made clear that opening up the economy will be slow and life won’t return to normal in the foreseeable future.

“If we end the lockdown too soon or too abruptly, we risk a massive and uncontrollable resurgence of the disease. We will, therefore, follow a phased approach, guided by the best available scientific evidence, to gradually lift the restrictions on economic activity,” he said.

There have been growing calls to open up the economy while letting businesses maintain hygiene and social distancing practices, but Ramaphosa said that controlling the spread of the virus was the first priority. “We remain firm in our resolve to contain the transmission of the virus,” he said.

In perhaps a greater indication of just how long it may take for life to return to normal, Ramaphosa spoke of agility and flexibility needed in the “weeks and months ahead”.

There was something else interesting in his economic package. Ramaphosa announced a ‘basic income grant’ for the unemployed who can’t access the UIF of R350 per month. That’s a small amount, but the catch lies in the fact that it’s the department of social development that is being tasked with finding and distributing that grant to 10.3 million unemployed people. It is this department, however, that bungled the payment of welfare grants to 17 million South Africans, after it illegally awarded a tender for grant payments to Net1 in 2014.

As Parsons warned: “Given the country’s poor track record on delivery, there are many issues that lie between committing money and having it effectively delivered … more than ever before, time is of the essence here to save the economy”.

Another intriguing element is the loan guarantee system, aimed at assisting small businesses. The loans are earmarked to help cash-strapped businesses pay rent, salaries and suppliers. Companies with a turnover of less than R300m can apply, with 700,000 of them expected to do so, to support 3 million employees. This idea appears to stem partly from a proposal submitted by Intellidex.

Ramaphosa announced a number of other interventions too, some of which lacked critical detail. This included:

Until now, SA’s stimulus measures have been small. But this R500bn is immense — in the same league of stimulus, relative to GDP, announced by the likes of Spain, the US and Germany. Attard Montalto says firing this amount of money into the system leaves SA “right at the fiscal cliff edge” and means “there is zero room for error here”.

This package also creates real political risk. What will happen after the Covid-19 ordeal is over, for example, when the government tries to reduce the grants, or some of the additional benefits it is injecting into the system now?

For Ramaphosa, this speech will have added to the positive impression he has created over the past month. In this speech, he appeared entirely aware and sympathetic to the plight of citizens who are now losing jobs to the lockdown.

But much depends on his foot soldiers. That emergency funding must get directly to companies and the hungry as rapidly, and corruption-free, as possible. That will be the challenge.